The Cleveland Cavaliers won the NBA draft lottery — again — but they weren’t the only team that generated some Internet buzz.

The Milwaukee Bucks and Sacramento Kings weren’t being talked about because of their picks but rather the good luck charms they sent to New York. The Bucks, who scored the No. 2 pick, were represented by Mallory Edens, the daughter of Milwaukee Bucks co-owner Wesley Edens.

It didn’t take long for the 18-year-old to become all sorts of Internet famous after she was shown on stage, either. Her Twitter follower count jumped from around 200 at the beginning of the night to 10,000 in just 37 minutes, according to Yahoo! Sports’ Kari Van Horn. Edens also was the second-highest trending topic immediately following the lottery.

Meanwhile, the Kings, who had a 4.3 percent chance of landing the No. 1 pick, sent owner Vivek Ranadive’s daughter, Anjali, to the lottery. Anjali, a Cal Berkeley graduate, left with the eighth pick for the Kings. 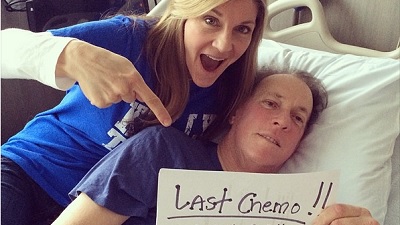