WALTHAM, Mass. — Day 1 was guards. Day 2 was swing-forwards. Day 3 is sort of a mishmash of whatever’s left.

The Boston Celtics’ third pre-draft workout is not position-specific, with two guards, two forwards and two forward/centers hitting the court at the team’s practice facility Wednesday. Foreign prospect Clint Capela and Michigan State’s Adreian Payne are clear leaders in the bunch, and Brockton native Akeem Williams brings a local flavor to the proceedings.

This is the final scheduled group of players who are likely to go in the middle of the first round or lower in this month’s NBA draft. Next week, the Celtics, who own the No. 6 and 17 picks, plan to bring in higher-profile prospects who could be options for the team’s first selection.

Here is a brief look at each player:

Clint Capela, France (F/C, 6-foot-10, 222 pounds) — Rangy and explosive, Capela entices scouts with his physical gifts. But he is far from a typical European import in that he is a bit older. At 20, his lack of polish and inconsistent motor are more worrisome than they would be for a similar 18-year-old project who has more time to learn and grow. Still, 6-10 players who can jump out of the building aren’t common, so Capela is getting plenty of looks from NBA teams.

Adreian Payne, Michigan State (PF/C, 6-10, 245) — Probably the most NBA-ready stretch-four in the draft, Payne made a splash when he went 4-for-5 from deep and scored a Spartans-record 41 points in the first round of the NCAA tournament. His endurance suffers due to a lung condition, and his lower body is surprisingly weak despite his size. When he is not gasping for air, though, he makes tons of little hustle plays that contribute to wins.

Michael Dixon, Memphis (PG, 6-1, 185) — The Tigers would not have gotten two rounds deep in the tournament without Dixon. The Missouri transfer scored 19 points and went 5-for-5 from the foul line in Memphis’ first-round win over George Washington. He has OK size for a pro point guard but never averaged more than 3.5 assists per game in college, and at 11.8 points per game, he’s unlikely to be a productive enough scorer to make up for the lack of distributing skills.

Eric Moreland, Oregon State (PF, 6-10, 218) — Moreland might be the best rebounder the Celtics have had in so far, which admittedly is not saying much, since rebounding has not been a major focus of these early workouts. He averaged more than 10 rebounds per game in each of his last two seasons in Corvallis and was the Beavers’ main rim protector, averaging better than two blocks per game for his career.

Victor Rudd, South Florida (F, 6-9, 235) — His game isn’t the most well-rounded and he was unable to lead the Bulls to much success, but there’s no doubting Rudd’s jumping ability after a season full of ferocious dunks. Rudd was USF’s iron man, starting all 32 games while averaging 16.1 points per game.

Akeem Williams, UMass-Lowell (PG, 5-10, 190) — Williams was eyeing a Division I scholarship after a standout career at Brockton High, but he fell off the radar after two disappointing years in prep school. He resurfaced with the D-II River Hawks and just kept producing when the program moved to D-I last season. He concluded his college career among the top five in program history with more than 2,000 points. 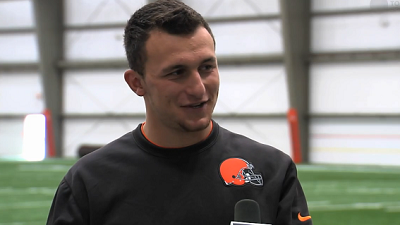