Commissioner Roger Goodell and the NFL have caught some serious heat for suspending Baltimore Ravens running back Ray Rice for just two games after he allegedly knocked his wife unconscious during an incident at an Atlantic City casino in February.

” … In terms of sending a message about what the league stands for, we’ve done that,” Birch said in a phone interview with ESPN’s “Mike and Mike.” “We can talk about the degree of discipline, we can talk about whether or not third parties need to be involved … But if it is a question about what the principle of the league is and what standards we stand by, that cannot be questioned.”

Rice was arrested and indicted with a felony aggravated assault charge following the incident but avoided trial after agreeing to enter a court program.

In the wake of fierce backlash, Birch insisted that the NFL’s stance against domestic violence manifested itself in Rice’s suspension.

“I think it is absolutely clear to all involved that the NFL does not condone domestic violence in any way and will not tolerate it in our league,” Birch said. “I don’t know how you can reach a conclusion other than that, although I certainly respect the opinion.”

When asked specifically how the league decided on a two-game suspension, Birch offered a rather vague response, claiming that the NFL “reviewed all the materials” and “listened to the persons that we listened to.”

“When we looked on balance at all of that, we believe that the discipline we issued is appropriate,” Birch added.

To hear Birch’s full interview, check out the video below. 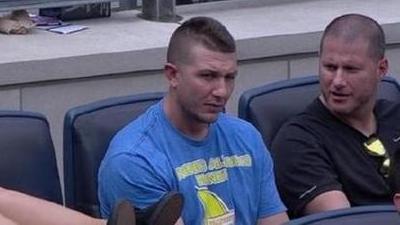 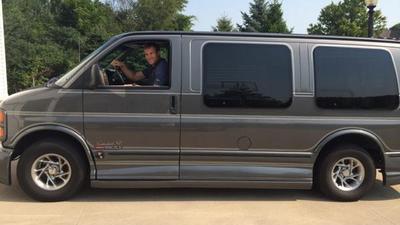