WASHINGTON — Paul Pierce turns 37 in October and isn’t quite the offensive force he was when he was leading the Boston Celtics to the championship seven years ago.

Yet the old man showed last year in Brooklyn that he still knows how to knock down a clutch shot and grind out a playoff series victory, which made the up-and-coming Washington Wizards eager to add the man known as “The Truth.”

Pierce and the Wizards agreed to terms on a two-year deal on Saturday night, a person with knowledge of the agreement told The Associated Press. The deal is for the mid-level exception, which is about $5.3 million for next season, and includes a player option in the second year of the contract. The person requested anonymity because the Wizards have not officially announced the signing.

After spending the first 15 seasons of his career in Boston, Pierce is on the move for the second straight summer in a deal first reported by ESPN, and the Wizards couldn’t be happier.

Wall and Bradley Beal have formed one of the most exciting young backcourts in the league, and they helped the surprising Wizards to their first playoff series victory since 2005. Looking to build on that momentum, the Wizards have already brought back coach Randy Wittman, signed center Marcin Gortat to a five-year, $60 million and brought back veteran point guard Andre Miller.

One player it appears they weren’t able to retain is swingman Trevor Ariza, who agreed to a four-year, $32 million deal with the Houston Rockets, according to several reports, including USA Today.

It didn’t take long for the Wizards to rebound. Now those “Wiz kids” have another big brother to help show them how to take the next step. 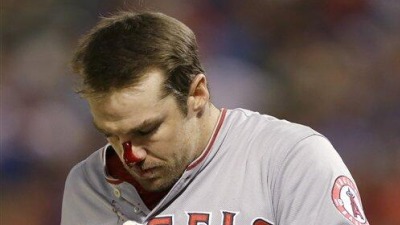