Shane Victorino has been showing the Boston Red Sox what they’ve missed recently, hitting .435 in six games since returning from the disabled list July 19.

Despite Victorino’s success, the Red Sox are wary of rushing the outfielder back too quickly, so the team is giving him the night off Saturday for its game against the Tampa Bay Rays at Tropicana Field.

Also returning to Boston’s lineup is rookie catcher Christian Vazquez, who will make his eighth start in 14 Red Sox games since being called up to the club July 9.

Daniel Nava is back in the Red Sox lineup as well, batting fifth and taking over for Jonny Gomes in left field.

John Lackey will take the mound against Rays pitcher Jeremy Hellickson, who was recalled from the team’s Single-A affiliate to make just his second start of the 2014 season. 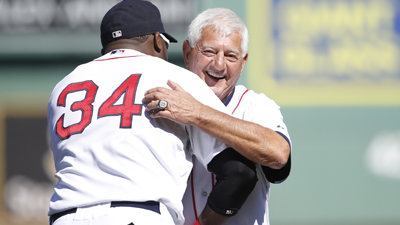 Carl Yastrzemski: David Ortiz Ahead Of Me As No. 2 Red Sox Hitter Ever