The New England Patriots decided to sit most of their starters for Thursday’s preseason opener. The Washington, D.C., NBC affiliate didn’t get the memo.

The broadcast correctly identified the Patriots’ running backs in its opening graphics package, but when it came to the pass-catchers, well…

As any Patriots fan should know, those are not the faces of Justin Jones, Kenbrell Thompkins and Brandon LaFell (well, maybe Jones wasn’t so obvious, but take our word for it).

The three players pictured — (from left to right) Michael Hoomanawanui, Danny Amendola and Julian Edelman — combined to play a grand total of zero snaps in the game, which the Washington Redskins went on to win 23-6.

But hey, it’s the preseason for everyone. 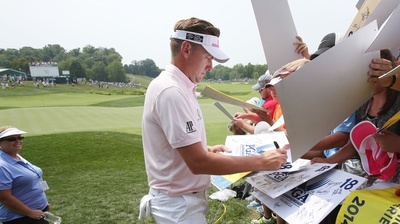 Ian Poulter Unhappy With British Airways After Nanny Gets Downgraded