Miami sports radio host Dan Le Batard tried his best to use Cleveland newspapers to engage in what he called “fun anarchy.” When that didn’t work, the shock jock instead settled for billboards.

Le Batard originally attempted to troll LeBron James by buying ad space in The Akron Beacon Journal and The Plain Dealer for a “You’re welcome, LeBron” billboard after James left the Miami Heat to rejoin the Cleveland Cavaliers this summer. Both newspapers rejected Le Batard’s bid, but the gag was saved when CBS Outdoor, a national billboard company, decided to accept the offer.

Earlier this week, a billboard reading “You’re welcome, LeBron” with a pair of NBA championship rings appeared in Akron, Ohio. The sign also read “Love, Miami,” a tongue-in-cheek gesture from Le Batard, an obvious attempt at trolling James and all Cavaliers fans. Of course, the Heat probably wouldn’t have won two of the last four NBA titles without James’ help, but that’s a minor part of the story ignored by the billboards.

Not long after, more and more billboards started to show up across Ohio.

“It?s just fun anarchy,” Le Batard told The Miami Herald, according to Ohio.com. “All meant in fun –which, of course, will turn into Cleveland people getting filled with rage, poison and irrational hostility and want to use those billboards as a guillotine. Sports are so great, the more irrational the better. This is a publicity stunt disguised as a movement. Please don?t tell anyone there is no actual movement.”

After the Cavaliers reportedly agreed to a trade that will send Minnesota Timberwolves All-Star big man Kevin Love to the team with James, it’s safe to assume James and all of Ohio will get the last laugh. 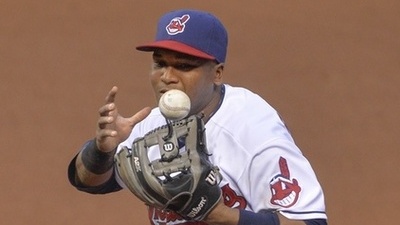