BOSTON — Both of Stephen Wright’s major league appearances in 2014 have come under similar circumstances: a roughed-up starting pitcher, a tired bullpen and a game still in its early stages.

Both times, Wright was up to the challenge.

The 30-year-old knuckleballer, who impressed over four innings of relief last month against the Houston Astros, did himself one better Sunday afternoon, finishing the Boston Red Sox’s 3-1 loss to the Toronto Blue Jays with five scoreless frames out of the bullpen.

“A couple of things quickly stand out,” Red Sox manager John Farrell said after the game. “He’s developed a good feel for changing speeds on his knuckleball. Obviously, he controls the running game well (Wright picked off Jose Reyes at first base Sunday). In addition to changing speeds, the strikes. He threw a couple of 3-2 knuckleballs that he was able to record an out. And on a day when we could use some length, he certainly provided.”

That ability to change speeds is an undervalued aspect of a knuckleballer’s repertoire. Wright doesn’t throw just one standard knuckleball — he throws three different variations, along with a fastball and curveball. His knucklers ranged between 72 mph and 80 mph Sunday, and his curve dipped as low as 61 mph.

“This year, I’ve definitely been concentrating more on trying to throw three knuckleballs: a harder one, a regular one, and then a slower one,” Wright said. “I feel like you can make it three different pitches. This year, I’ve concentrated more on throwing the slower one versus the harder one — it’s just like a fastball and a changeup, but for me it’s a knuckleball. So if I can do that, I like to get them out front. Even if (hitters) don’t take it, it kind of disrupts your timing maybe enough to when I throw my regular or harder one, maybe it gets in on them a little bit.”

Particularly after facing a starter such as Rubby De La Rosa, who throws in the mid-90s, this flummoxed the Blue Jays, who managed just two hits and a walk against Wright while striking out six times. Wright was surprised by his high K total, as he doesn’t see himself as a strikeout pitcher.

“For me, I don’t go for the strikeouts,” he said. “I go for contact. I just try to throw quality knuckleballs in the zone. If they miss it, they miss it. If not, I just hope that they make good contact.”

Unfortunately for the Red Sox, their hitters didn’t fare much better against the other knuckeballer on the mound. Blue Jays starter R.A. Dickey allowed only one run on six hits over seven innings to continue his season-long dominance of Boston bats.

Dickey is one of the few knuckleballers currently starting games in the majors, but Wright might soon join him. Farrell said the Red Sox would consider giving the right-hander a shot in the starting rotation over the season’s final month after his two strong performances in long relief.

“I wouldn’t rule it out,” Farrell said. “But right now the way we’ve got things mapped out, there should be innings in the role that he’s in.”

Patriots Have No Excuse For Poor Second-Half Showing Against Dolphins 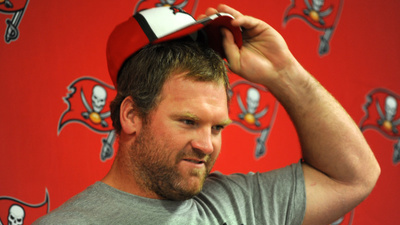