Concerned about the comfort of Tony Romo — who has two small fractures in his back — during the nine-hour flight to London ahead of the team’s game against the Jacksonville Jaguars, Jones joked about kicking his wife out of first class to better accommodate his quarterback.

“Some of those seats really make out into a nice cot, bed-type configuration,?? Jones said, per The Dallas Morning News. ?He will get one of those. Gene will sit up in the bulkhead. Romo will lounge on the way over. You don?t think it?d be me, do you???

While some weren’t 100 percent sure if Jones was kidding, Romo confirmed Tuesday where the owner’s loyalties lied.

Romo missed practice all last week and watched from the sideline as Brandon Weeden and Co. fell to the Arizona Cardinals 28-17. But Romo, who participated in the Cowboys’ walkthrough at Wembley Stadium shortly after landing, is expected to play Sunday against the Jags.

?The flight was fine,?? Romo said. ?I slept. It went by quick. That part of it was no problem. I think it continues to get a little bit better incrementally every day. You just reassess it every day.??

And don’t feel bad for Romo’s flight arrangements. He wasn’t slouching it in coach by any means, as he ended up snagging a spot in first class alongside tight end Jason Witten. 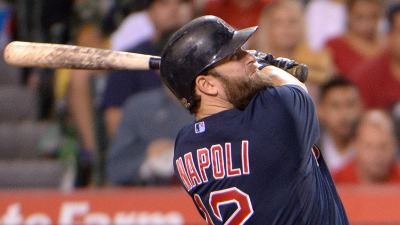