The Red Sox reportedly added three starting pitchers this week in San Diego, leaving Boston with a rotation comprised of Clay Buchholz, Joe Kelly, Rick Porcello, Wade Miley and Justin Masterson. The moves represent a step in the right direction for a club essentially building a rotation from scratch, and it?s possible the Red Sox aren?t finished with their offseason maneuvering.

?I think we?re going to keep working and see what comes to us,? Red Sox general manager Ben Cherington said Thursday before leaving the winter meetings. ?Our hope was to really strengthen our rotation — our position with the rotation — this week or at some point soon. Hopefully we?ll be able to do that. It doesn?t mean the offseason?s over on other parts of the team that we?d still like to address, and no matter what happens to the rotation this week, I don?t want to rule out other things. Hopefully we?re closer to just being in a much stronger position with the rotation and having more strength and depth in that area.?

The Red Sox?s four days in San Diego will be defined by the team?s inability to sign Jon Lester, who agreed to a six-year, $155 million contract with the Chicago Cubs after a lengthy free-agency process that culminated with Boston being the runner-up. In that sense, the winter meetings were somewhat disappointing for the Red Sox, especially since the organization didn?t land a legitimate ace in Lester’s place.

The silver lining, however, is that the Red Sox added talented depth without surrendering any of their top trade chips or spending a lot of money. Boston still is in a position to obtain a legitimate No. 1 starter, though Cherington doesn?t see such a move as the be-all and end-all.

?I think there are good teams that have both versions,? Cherington said of having a true ace versus having depth. ?I think we feel it?s never a question about whether a team would benefit from having an ace or a front-of-the-rotation-type of starter. The question is how do you get them and where do they come from?

?If you?re looking at baseball, 2014, the top 10 to 15 starting pitchers in baseball, there?s a bunch of them that two years ago would not have been on that list. So pitching can change quickly, and again, hopefully we?re closer to building some strength and depth in the rotation. And we also have, beyond that, a lot of younger pitching that we think in time, some of them have a chance to develop into that type of guy.?

Even with Rubby De La Rosa and Allen Webster reportedly being traded to the Arizona Diamondbacks in exchange for Miley, the Red Sox still have several young pitchers on the major league doorstep. Those who aren?t moved could be considerations for big league bullpen roles, according to Cherington.

The Red Sox?s roster finally is beginning to take shape after a period in which it was nearly impossible to predict which players would suit up for Boston in 2015. Just don?t etch anything in stone yet. 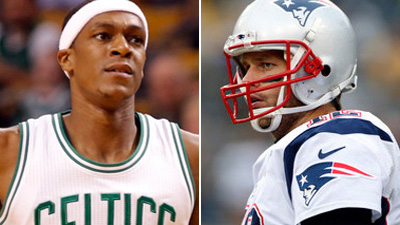