Rajon Rondo soon could find himself in a new city, but it’s looking less likely that city will be in California.

The Boston Celtics reportedly are engaged in “serious” trade talks with multiple teams regarding their star point guard, including the Los Angeles Lakers and Sacramento Kings. According to the latest reports, though, Boston isn’t close to a deal with either West Coast outfit.

After reportedly offering the Celtics a package that included Steve Nash and several draft picks, the Lakers proposed another deal Thursday that would send Jordan Hill and a first-round draft pick to Boston for Rondo and Jeff Green, a source told USA TODAY’s Sam Amick. The Celtics declined the Lakers’ offer, according to Amick’s source.

On the other end of the spectrum, Sacramento looks like an unlikely landing spot for Rondo thanks to Boston’s high asking price, according to Yahoo! Sports’ Adrian Wojnarowski.

If California is off the table, Texas could emerge as the front-runner for Rondo’s new home.

Both the Dallas Mavericks and Houston Rockets reportedly have expressed interest in the 28-year-old point guard, and the Mavericks recently stirred the pot by following Rondo on Twitter (whatever that means). According to Wojnarowski, Dallas appears to be the current favorite — despite continued interest from other clubs — and already is discussing a potential trade package with Boston. 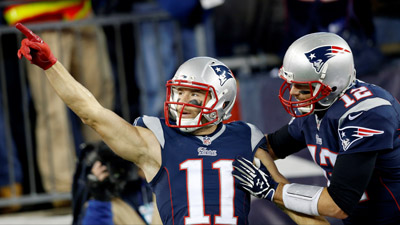