BOSTON — Milan Lucic has battled inconsistency and scoring droughts throughout the season, but he has been a much-improved player for the Bruins over the last two games.

Lucic is at his best when he’s putting defensemen on their heels by skating hard into the attacking zone, winning possession of the puck in 1-on-1 battles and making a physical impact in all three zones. It’s the type of power-forward style of hockey that makes him a nightmare to play against when everything is clicking.

The veteran left winger was put on Patrice Bergeron’s line along with Daniel Paille by head coach Claude Julien in Wednesday night’s overtime win versus the Pittsburgh Penguins, and the change has seemed to re-energize Lucic. He picked up primary assists on both of Bergeron’s goals against the Penguins, including the game-winner in overtime.

Julien stuck with that line Thursday night against the New Jersey Devils, and the results were positive. This trio combined for eight shots on goal, a positive shot attempt differential at even strength and three points. Lucic ended a nine-game goal-less drought with a power-play tally in the first period and sealed Boston’s 3-0 win with an empty-net goal late in the third period.

“I think when you look at how they?ve played — and I liked them (Wednesday night), that?s why I went with them again tonight,” Julien said of the new-look Bergeron line. “I?m not going to change anything until I feel the need to change things. But (Paille) is skating as good as I?ve seen him skate so far this year. He seemed energized, and (Lucic) is finding his game again. So, that line?s been good for us, and the other lines, too, are good.”

Lucic now has back-to-back multipoint games for the first time all season, and he has seven points (two goals, five assists) in his last eight outings. The B’s have taken points from six of the eight games in which Lucic has scored a goal. As a three-time 20-plus goal scorer, Lucic can help vault the Bruins’ offense back into the top 15 in goals scored with a strong second half of the season.

Lucic TOI against at even strength

In addition to his recent increase in scoring, Lucic also is making an impact defensively. His line was matched up against New Jersey’s top line and held it scoreless. Lucic, along with Bergeron and Paille, did a good job on the forecheck, back-checked consistently and turned good defense into offense throughout the game.

“We had to talk a lot in our zone in order to do the job defensively and then go on the attack,” Bergeron said. “I thought we did a good job of that. (Paille) was moving his feet and created some chances for us by us hitting him wide, and (Lucic) was using his body, so that made things easy for him.”

The Bruins need Lucic to build on these last two wins and establish some consistency in his game. His teammates feed off the emotion and physicality he brings to the ice each night.

“I think when he plays like that, he?s definitely created a lot of chances for himself but also for his teammates,” Bergeron said. “Definitely what we need for him. He?s definitely stepped up his game the last two games, for sure.” 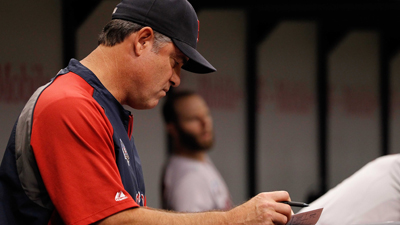