A former New England Patriot is one of three players who could enter the Pro Football Hall of Fame in their first year of eligibility. Another former Patriot wasn’t so lucky.

Linebacker Junior Seau, quarterback Kurt Warner and offensive lineman Orlando Pace are among 18 finalists for the Hall of Fame’s Class of 2015, the NFL announced Thursday night on NFL Network.

Seau spent the majority of his career with the Chargers and was named to 12 Pro Bowls while in San Diego. He played four seasons in New England from 2006 to 2009 and helped the Patriots reach the Super Bowl in 2007. He committed suicide in 2012.

Patriots cornerback Ty Law was named one of 26 Hall of Fame semifinalists in November, but he was one of eight players who failed to make the finalist cut Thursday. Law won three Super Bowls in 10 seasons with New England and was named to the Pro Bowl five times.

The 2015 class will be announced during Super Bowl weekend on Jan. 31. 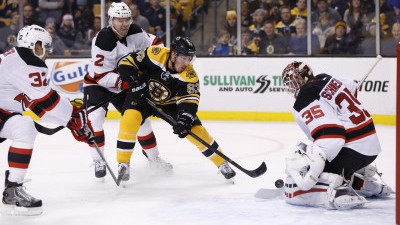 Dominant Puck Possession Among Takeaways From Bruins’ Win Over Devils 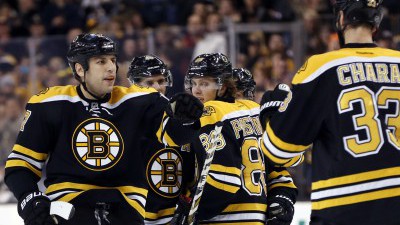