What has gotten into Cristiano Ronaldo?

Ronaldo was dismissed from Saturday’s La Liga game between Real Madrid and Cordoba for kicking an opponent. Ronaldo booted Cordoba defender Edimar in the 82nd minute in a show of petulance and frustration amid a tie game.

We don’t know why Ronaldo lashed out that way, but it seemed like the Portuguese superstar was acting on instinct, as the ball was close by and the referee presumably was watching. For what it’s worth, Edimar made the most of Ronaldo’s kick, falling to the ground and rolling as if he had suffered a broken face and leg.

Ronaldo could face a three-game ban for his hit.

Ronaldo could have been sent off earlier in the game when he appeared to throw a punch at Cordoba’s Jose Crespo. The referee declined to punish the Ballon d’Or winner for that infraction.

Gareth Bale scored a late, penalty-kick goal to give 10-man Real Madrid a 2-1 win over Cordoba.

After the game, Ronaldo apologized on social media.

?I apologize to everyone and especially to Edimar for my thoughtless acts in today?s match,? Ronaldo said.

Ronaldo, 29, is known for his legendary goal-scoring prowess, but he now now has been sent off nine times in his career. 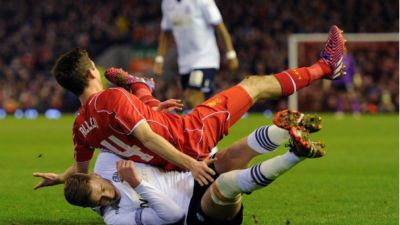 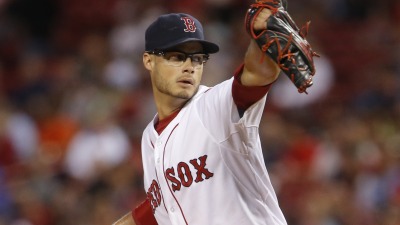