The New England Patriots wide receiver found fellow wideout Danny Amendola on a 51-yard touchdown pass — a play that will serve as the signature moment of the Patriots’ wild, 35-31 win over the Baltimore Ravens.

Unsurprisingly, Edelman’s heave was a popular topic of conversation in both locker rooms after the game. Here’s how some of those involved reacted to the toss:

?It?s a play we?ve been working on all year. Testament to Julian — (he) has a great arm and (is) a great athlete. He put it on the money, that?s for sure. It was a good throw.?

?Edelman?s pass was amazing. It was right on the money. Couldn?t ask for a better pass and a better route from Danny. You never know who?s going to get their number called and everyone stepped up today and did a great job. It was awesome.?

“Well, you know Julian is a former quarterback, so good thing we had him out wide so he didn?t have to look over the line of scrimmage or anything. He was able to throw a pretty good pass there.”

“The double pass? We passed it to Edelman, and Edelman passed it to Amendola. It?s really the same play we ran against Indianapolis back in ’01 with (David) Patten to Troy Brown, if I remember correctly; same kind of play.”

?They pulled out every trick play in the book. They threw a lot of different formations at us, guys eligible, guys ineligible. They did a lot of things to keep us on our heels. Going up-tempo, we anticipated that, but unfortunately we weren?t able to make enough plays to get them out of it.?

?At that time of the game it was a great play call on their part. As defensive packages you always have to make sure that your head is in the game, and make sure you don?t get beat.? 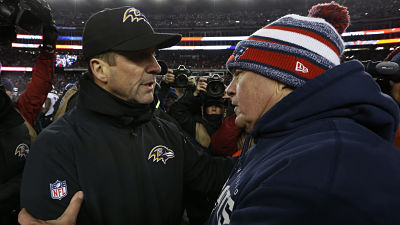 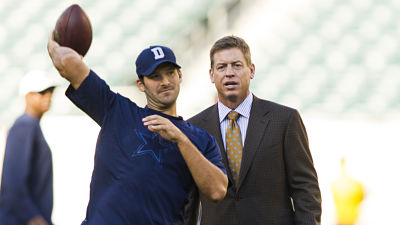