Tony Romo is enjoying arguably the finest season his career, and that’s gone a long way toward changing his reputation.

Perhaps nobody has been more impressed than Troy Aikiman.

Aikman, a former Dallas Cowboys quarterback, gave Romo, the team’s current quarterback, a ringing endorsement in an interview with USA Today. Aikman told the newspaper he’d take Romo above any of the remaining quarterbacks in the NFL — Tom Brady, Peyton Manning, Aaron Rodgers, Andrew Luck and Russell Wilson — if he needed to make one play to win a game.

“I’ll tell you, right now, from what I’ve seen this year — just talking about this year — I’d probably take Romo,” Aikman told the paper. “I’ve seen him make too many plays when he’s had to make them this year and he’s made them.”

The “this year” distinction is important, but it’s still an eye-raising statement. Those remaining quarterbacks have incredible resumes, and four of them — Brady, Manning, Rodgers and Wilson — have something Romo’s never even come close to: a Super Bowl ring.

Still, Aikman has seen enough out of Romo to buy in. Aikman — who will be on the FOX broadcast for Romo’s game Sunday against the Green Bay Packers — says Romo’s maturity is the biggest improvement he’s seen out of the quarterback.

“I think he’s learned that there’s a lot to the position, and that every possession doesn’t require you having to make a big play or something spectacular,” Aikman told USA Today. “He’s really done a nice job of that all season long. He hasn’t forced the ball down the field for big plays. He’s been willing to take what has been there.”

There’s no denying that Romo’s play has been superb this season, but picking him over any of those four still seems like a bit of a stretch. 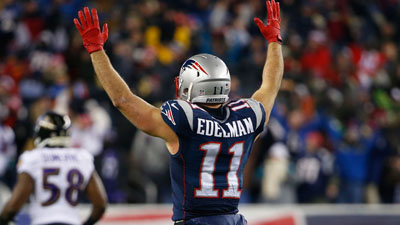