The “DeflateGate” results reportedly are in, and it’s not looking good for the New England Patriots.

The NFL found 11 of the Patriots’ 12 game balls for Sunday’s 45-7 AFC Championship Game win over the Indianapolis Colts were under-inflated by two pounds per square inch each, league sources told ESPN’s Chris Mortensen on Tuesday.

“We are not commenting at this time,” Greg Aiello, the NFL’s senior vice president of communications, told Mortensen.

The Patriots maintain they’re cooperating with the investigation, which an NFL executive said the league hoped would be complete in two or three days.

“We have been in complete cooperation with the league and will continue to do so,” Patriots VP of media relations Stacey James told ESPN in response to Mortensen’s report.

NFL footballs must be inflated 12.5 to 13.5 pounds per square inch, per league rules. The NFL operations manual states a team altering footballs will be fined at least $25,000, although Mortensen reported that punishment, if any, hasn’t been decided in this case.

Game balls are weighed by officials two hours and 15 minutes before kickoff. They aren’t allowed to be altered after that point.

CBSSports.com’s Jason La Canfora also reported Tuesday, via league sources, that some Baltimore Ravens believe kicking balls used in their division-round playoff loss to the Patriots were under-inflated. An NFL spokesman told La Canfora that he didn’t know of the Ravens filing a complaint in the matter.

Green Bay Packers quarterback Aaron Rodgers admitted to CBS earlier in the season that he likes his footballs to be over-inflated.

UPDATE (11:58 p.m.): Ben Volin of The Boston Globe reported that the issue wasn’t noticed until halftime, which fits the timeline of events reported by two media outlets Monday night. 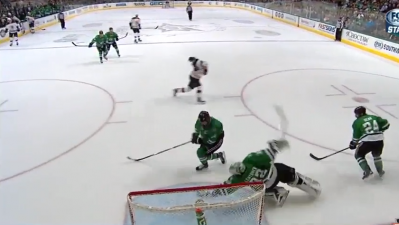 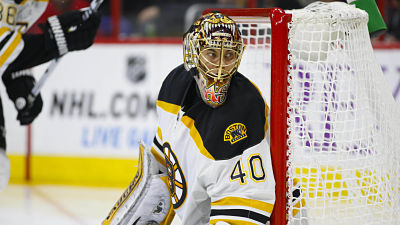 Stellar Penalty Kill Among Takeaways From Bruins’ Win Over Stars