Evan Turner is heating up at the right time.

After a brutal slump that plagued the Boston Celtics guard from the beginning of February to mid-March, Turner has been a reliable scorer for the C’s during their home-stretch push for the playoffs.

Turner has scored in double figures in five of his last seven games — including a triple-double last Monday in Brooklyn — and shot 53.7 percent from the floor over that span. He turned in another strong offensive performance Monday in Charlotte, finishing with 15 points, six rebounds and five assists in a 116-104 win over the Hornets — a victory the Celtics, who had lost five of their last seven, desperately needed.

?Obviously, we understood we needed this game,” Turner told reporters after the game. “Every game?s important, so we just toughed it out. We came out, played great team ball, and once again, we just need to string a few games along like this.”

Some additional notes from Monday’s action:

— Hornets guard Gerald Henderson was slapped with a flagrant 1 foul early in the fourth quarter for shoving former teammate Gerald Wallace from behind. Wallace didn’t seem too bothered by it, though.

Oh, and if you haven’t seen Wallace’s throwback alley-oop yet, watch it right here.

— Celtics president of basketball operations Danny Ainge had a few interesting comments Monday regarding his team’s pursuit of a playoff spot.

?It?s not my objective to be an eighth seed in the playoffs,? Ainge told the Boston Herald. ?My objective is to win championships, and we?re a long way from that.

?At the same time, I?m excited for our players and our coaches that they get to compete in important, meaningful games the rest of this season. And I think that?s great. I love it.?

— There would be no Zeller Bowl XIII on Monday, as a shoulder injury sidelined Hornets center Cody Zeller for his eighth career matchup with older brother Tyler. Little bro was the clear winner in the pregame fashion department, however:

— The Zellers’ parents, Steve and Lorri, could write the book on raising professional basketball players. So, they did.

“Raising Boys the Zeller Way” is scheduled to be released next month.

— Next Wednesday’s Celtics-Detroit Pistons matchup has been moved to ESPN, the network announced Monday.

It’ll be the first nationally televised game of the season for Boston, excluding the handful that have aired on NBA TV. The C’s Jan. 14 game against the Atlanta Hawks originally was scheduled to air on ESPN but was flexed out following the Rajon Rondo trade.

As part of the switch, Celtics-Pistons also has been bumped up 30 minutes to a 7 p.m. tipoff.

— Maine Red Claws point guard Tim Frazier is done with the D-League for the time being. Frazier, who Monday earned D-League Player of the Week honors while playing for Boston’s minor league affiliate, has signed with the Portland Trail Blazers for the remainder of the season.

Frazier, who has not appeared in a regular-season game for the Celtics, signed two 10-day contracts with the Philadelphia 76ers earlier this season, averaging 5.7 points and 7.2 assists over six games. 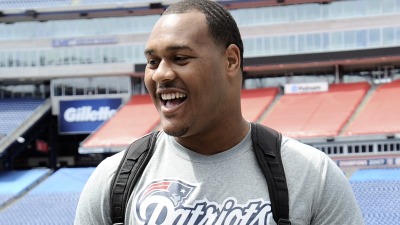