We’ve seen Isaiah Thomas and Jonas Jerebko put up big numbers early in their respective Celtics tenures, but until this weekend, we had seen almost nothing of Boston’s third deadline acquisition, Luigi Datome.

The Italian forward played a grand total of 19 minutes over his first eight games with the Celtics, spending the bulk of his time with Gerald Wallace and Phil Pressey at the end of the Boston bench. That changed Sunday.

With the Celtics trailing the Orlando Magic by five in the third quarter and in desperate need of a spark, head coach Brad Stevens called Datome’s number. The long-haired, long-bearded 27-year-old couldn’t carry the Celtics to victory — they ultimately lost 103-98 after squandering an early 20-point lead — but he was highly productive in his 10 minutes of action.

Datome went 4-for-5 from the floor, including 2-for-2 from 3-point range, to finish with 10 points. He also blocked two shots, came up with a sweet baseline dunk and channeled his inner Dirk Nowitzki with an off-balance, one-footed fadeaway that unfortunately did not beat the shot clock.

?I felt like Gigi would step right in and be able to score, and he was able to score (Sunday night),” Stevens told reporters after the game. “He did a good job. And we needed scoring, because we weren?t getting scoring because we weren?t playing strong enough. We weren?t staying in our lanes well enough. We were trying to do things that sometimes you do, but we?ve got to do those less.”

Before Sunday, Datome had scored just 18 points all season.

Some additional notes from Sunday’s action in Orlando:

— With another 21 points in the loss, Thomas now has scored more through his first nine Celtics games than any player in franchise history. That list includes some serious heavy-hitters, too:

— Avery Bradley missed his second consecutive game with an elbow injury, and his absence hurt the Celtics on the defensive end. Boston stumbled after a strong first 12 minutes, getting outscored by an average of five points per quarter over the final three frames.

?I think anytime you play good one quarter and get crushed the other three, it?s probably not going to be a good night, and I thought we got crushed the other three,” Stevens said. “I thought they really had their way with us. They ripped the ball out of our hands on a couple of occasions. They made physical, tough plays in the last three quarters that we didn?t match. That?s about it.”

— Rookie point guard Marcus Smart was ejected with 28 seconds remaining after his offensive foul on Orlando’s Elfrid Payton was upgraded to a flagrant 2. Smart said after the game that he disagreed with the call.

— Brandon Bass was the best player on the floor for the Celtics for much of the night. The big man, who Friday handled All-Star Anthony Davis in a win over the New Orleans Pelicans, finished with 19 points and a career-high 17 rebounds, and again earned postgame praise from his coach.

?Brandon?s a solid, reliable player,” Stevens said. “He probably played the best within himself of anybody on our team.” 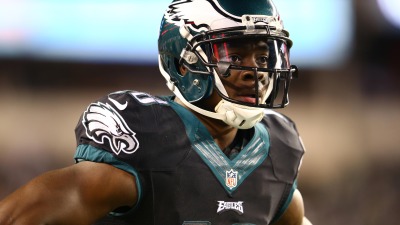