The NFL hit the New England Patriots hard for their role in DeflateGate.

Quarterback Tom Brady was suspended four games without pay, and the Patriots lost two draft picks (a 2016 first-rounder and a 2017 fourth-rounder) and will be fined $1 million, the NFL announced Monday.

The decision came five days after the Wells Report, commissioned by the league, stated it was ?more probable than not? that two Patriots employees deliberately tried to circumvent the rules and that Brady ?was at least generally aware? of air being intentionally released from the team?s game balls before the AFC Championship Game.

The NFL said in a statement that executive vice president of football operations Troy Vincent imposed the harsh discipline on Brady and the Patriots for “violations of the NFL Policy on Integrity of the Game and Enforcement of Competitive Rules.” NFL commissioner Roger Goodell OK’d the discipline.

?We reached these decisions after extensive discussion with Troy Vincent and many others,? Goodell said in the league statement. ?We relied on the critical importance of protecting the integrity of the game and the thoroughness and independence of the Wells Report.?

Brady’s suspension specifically came “for conduct detrimental to the integrity of the NFL,” the league said. Brady can participate in all offseason, training camp and preseason activities, including preseason games, and he can appeal his four-game suspension.

According to the league, Patriots owner Robert Kraft told NFL commissioner Roger Goodell last week that team had indefinitely suspended John Jastremski and James McNally — the two employees in question — without pay. Only Vincent can reinstate Jastremski and McNally.

?On May 6th, independent investigator Ted Wells issued his report regarding the footballs used by the Patriots in this year?s AFC Championship Game. That report established that the footballs used by the Patriots were inflated at a level that did not satisfy the standard set forth in the NFL?s Official Playing Rules and that the condition of the footballs was the result of deliberate actions by employees of the Patriots. The activities of the Patriots? employees were thoroughly documented in the report, including through a series of text messages and telephone communications, as well as evidence of a breach in pre-game protocol. In addition, the conclusions were supported by extensive scientific analysis, as detailed in the report.

?Based on the extensive record developed in the investigation and detailed in the Wells report, and after full consideration of this matter by the Commissioner and the Football Operations department, we have determined that the Patriots have violated the NFL’s Policy on Integrity of the Game and Enforcement of Competitive Rules, as well as the Official Playing Rules and the established guidelines for the preparation of game footballs set forth in the NFL?s Game Operations Policy Manual for Member Clubs. In making this determination, we have accepted the findings contained in the comprehensive report independently prepared by Mr. Wells and his colleagues.

?In determining that a violation occurred, we applied the standard of proof stated in the Integrity of the Game Policy: namely, preponderance of the evidence, meaning that ?as a whole, the fact sought to be proved is more probable than not.? This is a well-recognized legal standard, which is applied in courts and workplaces every day throughout the country. The evidence gathered during the investigation and reviewed in the report more than satisfy this standard and demonstrate an ongoing plan by at least certain Patriots? employees to deflate footballs, to do so in a secretive manner after the game officials have certified the footballs as suitable for play, and to hide these activities even from their own supervisors.

?As you know, we regard violations of competitive rules as significant and deserving of a strong sanction, both to punish the actual violation and to deter misconduct in the future. In this case, the footballs were intentionally deflated in an effort to provide a competitive advantage to Tom Brady after having been certified by the game officials as being in compliance with the playing rules. While we cannot be certain when the activity began, the evidence suggests that January 18th was not the first and only occasion when this occurred, particularly in light of the evidence referring to deflation of footballs going back to before the beginning of the 2014 season.

?It is impossible to determine whether this activity had an effect on the outcome of games or what that effect was. There seems little question that the outcome of the AFC Championship Game was not affected. But this has never been a significant factor in assessing discipline. There are many factors which affect the outcome of a game. It is an inherently speculative exercise to try to assign specific weight to any one factor. The key consideration in any case like this is that the playing rules exist for a reason, and all clubs are entitled to expect that the playing rules will be followed by participating teams. Violations that diminish the league’s reputation for integrity and fair play cannot be excused simply because the precise impact on the final score cannot be determined.

?Here, there are several factors that merit strong consideration in assessing discipline. The first is the club?s prior record. In 2007 the club and several individuals were sanctioned for videotaping signals of opposing defensive coaches in violation of the Constitution and Bylaws. Under the Integrity of the Game Policy, this prior violation of competitive rules was properly considered in determining the discipline in this case.

?Another important consideration identified in the Policy is ?the extent to which the club and relevant individuals cooperated with the investigation.? The Wells report identifies two significant failures in this respect. The first involves the refusal by the club?s attorneys to make Mr. McNally available for an additional interview, despite numerous requests by Mr. Wells and a cautionary note in writing of the club?s obligation to cooperate in the investigation. The second was the failure of Tom Brady to produce any electronic evidence (emails, texts, etc.), despite being offered extraordinary safeguards by the investigators to protect unrelated personal information. Although we do not hold the club directly responsible for Mr. Brady?s refusal to cooperate, it remains significant that the quarterback of the team failed to cooperate fully with the investigation.

?Finally, it is significant that key witnesses — Mr. Brady, Mr. Jastremski, and Mr. McNally — were not fully candid during the investigation.

?In accepting the findings of the report, we note that the report identified no evidence of wrongdoing or knowledge of wrongdoing on the part of any member of the coaching staff, including Head Coach Bill Belichick, or by any Patriots? staff member other than Mr. Jastremski and Mr. McNally, including head equipment manager Dave Schoenfeld. Similarly, the Wells report is clear that Patriots ownership and executives did not participate in any way in the misconduct, or have knowledge of the misconduct.

?Nonetheless, it remains a fundamental principle that the club is responsible for the actions of club employees. This principle has been applied to many prior cases. Thus, while no discipline should or will be imposed personally on any owner or executive at the Patriots, discipline is appropriately imposed on the club.?

?With respect to your particular involvement, the report established that there is substantial and credible evidence to conclude you were at least generally aware of the actions of the Patriots? employees involved in the deflation of the footballs and that it was unlikely that their actions were done without your knowledge. Moreover, the report documents your failure to cooperate fully and candidly with the investigation, including by refusing to produce any relevant electronic evidence (emails, texts, etc.), despite being offered extraordinary safeguards by the investigators to protect unrelated personal information, and by providing testimony that the report concludes was not plausible and contradicted by other evidence.

?Your actions as set forth in the report clearly constitute conduct detrimental to the integrity of and public confidence in the game of professional football. The integrity of the game is of paramount importance to everyone in our league, and requires unshakable commitment to fairness and compliance with the playing rules. Each player, no matter how accomplished and otherwise respected, has an obligation to comply with the rules and must be held accountable for his actions when those rules are violated and the public?s confidence in the game is called into question.? 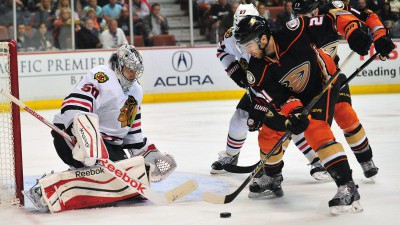 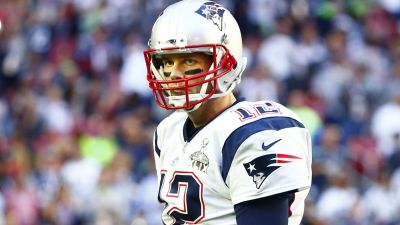