The Chicago Blackhawks, a team pursuing its third Stanley Cup title in six seasons, will take on the Anaheim Ducks, a team featuring a great blend of veterans with championship experience and young, highly skilled players.

The Ducks, who have home ice in this series, lost both games against the Blackhawks at Honda Center this season by a combined score of 8-2. However, Anaheim is 5-0 on home ice in the playoffs and Chicago’s only two losses (both against Nashville) were on the road.

Here’s a preview of what should be a long, exciting series.

How They Got Here

Important Matchup: Special teams will play a key role in this series. Anaheim leads the playoffs with a 31 percent success rate on the power play, which is nearly double its regular-season rate. The Ducks also rank fifth among the 16 playoff teams with an 87.1 percent rate on the penalty kill, but they’ve given up a power-play goal in two of their last three games.

The Blackhawks rank fifth with a 20.1 power-play percentage and 12th with a 72.7 percent success rate on the PK. Chicago must find a way to slow down Anaheim’s power play because the Ducks have dominated 5-on-5 play with a 54.4 percent shot attempt percentage, the third-best mark in the postseason. Given the struggles of Chicago’s penalty kill so far — at least one power-play goal against in eight of 10 playoff games — it’s more than likely Anaheim’s power play will continue to score.

Key Player For Blackhawks: Jonathan Toews is one of the most clutch playoff performers of the last decade. The two-time champion and former Conn Smythe Trophy winner has scored many important goals in his postseason career, but it will be his work defensively against Anaheim’s top line (Perry-Getzlaf-Maroon) and on the penalty kill that will make the strongest impact in this series.

Key Player For Ducks: Ryan Kesler has provided the depth and scoring from the No. 2 center role that was lacking in Anaheim’s playoff run last season. The veteran forward has posted nine points (four goals, five assists) in nine games. He’s also taking important faceoffs and playing crucial roles on the power play and penalty kill.

Secondary scoring should be a huge factor in the outcome of this series, so it’s important that Kesler continues to generate offense and does a good job defending the Chicago’s top-six forwards.

Goaltending Preview: The Blackhawks need Corey Crawford to play like he did in Round 2, not Round 1, if they’re going to beat the Ducks. Crawford was benched in the first round and played in just three of the six games. He gave up nine goals with an abysmal .850 save percentage. He played all four games against the Wild in Round 2 and allowed three goals with a .947 save percentage.

The Ducks have the deepest, most talented offense the Blackhawks have seen in the playoffs, which will put a lot of pressure on Crawford to be great.

Ducks starting goalie Frederik Andersen has a .925 save percentage through two rounds and has given up two goals or fewer in seven of nine games. That said, he’s been forced to make more than 30 saves in only one of those games, so he hasn’t really been tested that much. As a young player making his first conference finals appearance, it will be interesting to see how Andersen handles the pressure. Chicago is much deeper and has a lot more high-end skill than Winnipeg and Calgary. 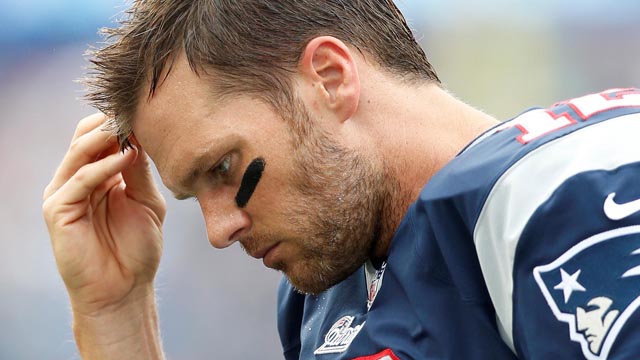