BOSTON — Jose Abreu hit one of the strangest home runs you will ever seen Tuesday at Fenway Park.

After hauling in the ball, Betts went airborne, caught the top of the wall and flipped into the Red Sox’s bullpen. He landed on his back, and as he did, the ball popped out of his glove.

Because Betts did not maintain control of the ball all the way to the ground, his catch was not valid, as per Rule 5.09 (A).

Chicago challenged the ruling, and the umpires overturned the call, giving Abreu a two-run home run and the White Sox a 7-2 lead. Each team added two additional runs in an eventual 9-4 win for the visitors.

Betts also was injured on the play. He left the game and was replaced in center field by Rusney Castillo. The Red Sox later announced he was being evaluated for a concussion. 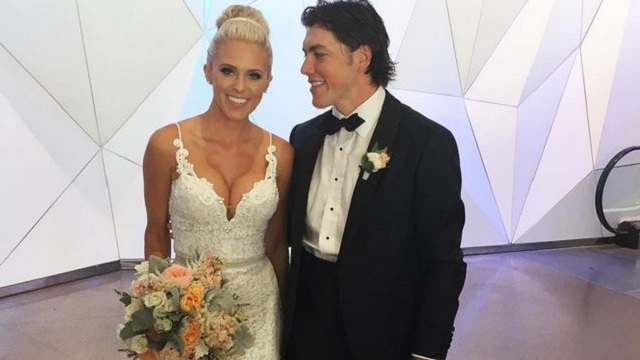