Both Colin Kaepernick and Russell Wilson entered the NFL as promising quarterback prospects. It’s safe to say their paths have diverged a bit since then.

The gulf between the two QBs — who were drafted one year apart in 2011 and 2012, respectively — was encapsulated in a single moment Sunday.

After Kaepernick was taken down in the backfield on a failed scramble attempt, Green Bay Packers linebacker Clay Matthews delivered a pretty harsh burn to the San Francisco 49ers quarterback.

In case you didn’t catch that, Matthews yelled, “You ain’t Russell Wilson, bro!”

Kaepernick and Wilson pride themselves on using their athletic ability to keep plays alive, but it’s been painfully obvious that Wilson has been far more successful.

Kaepernick finished the game — a 17-3 Niners loss — with just 160 passing yards, no touchdowns and an interception. He’s thrown for two touchdowns and five picks so far this season and has a passer rating of 67.7. In short: He’s certainly not playing like Russell Wilson, bro.

Meanwhile, the Seattle Seahawks quarterback — who has led his team to back-to-back Super Bowl appearances — has a 94.2 passer rating on the season and has completed over 70 percent of his passes.

Maybe Kaepernick should start drinking some of that magical water Wilson has been raving about. 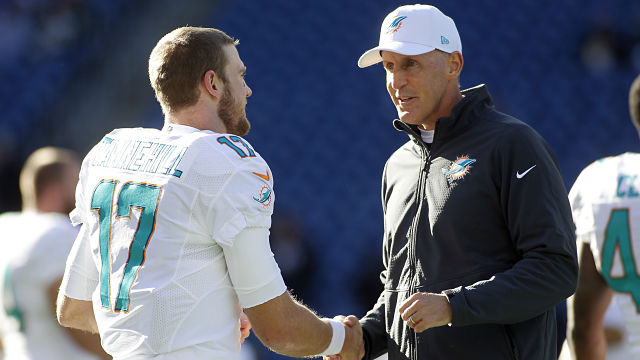