The Boston Bruins knocked off the Philadelphia Flyers on Monday night, but a controversial ruling midway through the third period made the game perhaps closer than it should have been.

After Flyers winger Wayne Simmonds tied the score at two goals apiece with just under eight minutes left to play, Bruins coach Claude Julien called for a coach’s challenge, arguing that Philadelphia defenseman Michael Del Zotto had been offsides on the play.

The on-ice officials took another look at the sequence — a process that involves them watching replays on small, handheld tablets — and ruled, somewhat surprisingly, that the “review was not conclusive in determining whether Philadelphia was offside prior to the goal.” The call on the ice stood.

The Bruins ultimately rallied to win 3-2 on a Brett Connolly goal with less than two minutes remaining, but Julien still voiced his displeasure with the questionable call during a postgame interview with NESN’s Jack Edwards and Andy Brickley.

?I was really pleased (with the Bruins’ response),” Julien said. “The response that came from the bench right after it was, ?Come on, guys. Let?s go back after it. Let?s go win this game.? They didn’t let it deter their mindset, but it was upsetting. To me, I?m still disagreeing with that. It looked like (Del Zotto) had his foot up in the air.

“But I guess when you have an eight-inch monitor to look at, it?s probably not as clear as a big screen. So, we have to live with some of those things, and to me, it was a frustrating incident. But at the same time, we needed to win this game, so I?m really proud of the way the guys responded.”

Some additional notes from Monday night:

— Tuukka Rask bounced back nicely after missing Saturday’s game with an undisclosed ailment. The Bruins goaltender made 34 saves in the win and helped hold the Flyers scoreless on three of their four power-play opportunities.

?He was good,” Julien said. “He made some real good saves, especially in tight. They were throwing a lot of pucks at the net there, and he was standing tall on those second opportunities. So, a really good outing for him, and I?m glad he got the win.”

— Boston improved to 5-1-0 in its last six games. The B’s will host the Anaheim Ducks on Tuesday night at TD Garden before enjoying six days off for the NHL’s All-Star break.

?It might not have been the prettiest win, but we gutted it out in the second period,” Connolly told NESN rinkside reporter Sarah Davis. “We took some penalties, and our penalty kill was really big for us (Monday night). We needed those points before the break. We?ve got one more game (Tuesday), and hopefully we can finish it off on a good note here.”

The win also allowed the Bruins to leapfrog Connolly’s former team, the Tampa Bay Lightning, in the Atlantic Division standings. They now sit in third place in the division, one point behind the Detroit Red Wings and four behind the first-place Florida Panthers. 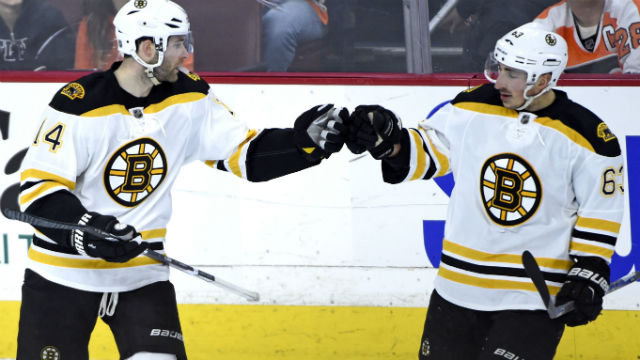 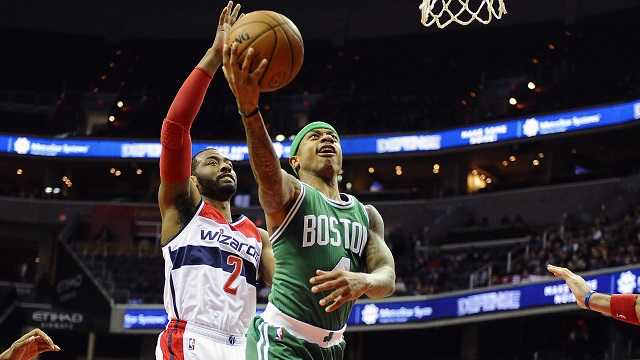