Bryan Stork is no stranger to the rough stuff.

Stork, who got really feisty in the divisional round against the Kansas City Chiefs after Tom Brady’s touchdown run, again let emotions get the best of him Sunday in the New England Patriots’ AFC Championship Game against the Denver Broncos at Sports Authority Field at Mile High.

The headbutt at the end is what gets Stork the flag pic.twitter.com/RYyNauCYTW

Stork mixed it up with Broncos defensive end Vance Walker during a pile-up following a 5-yard run by Patriots running back Steven Jackson. The Patriots center apparently took things too far, as he was flagged for a 15-yard unnecessary roughness penalty, presumably because of the headbutt he dished out at the conclusion of the dust-up.

The penalty definitely hurt the Patriots, who had just benefited from a 28-yard punt return from Danny Amendola. It spoiled good field position, as New England punted away three plays later. 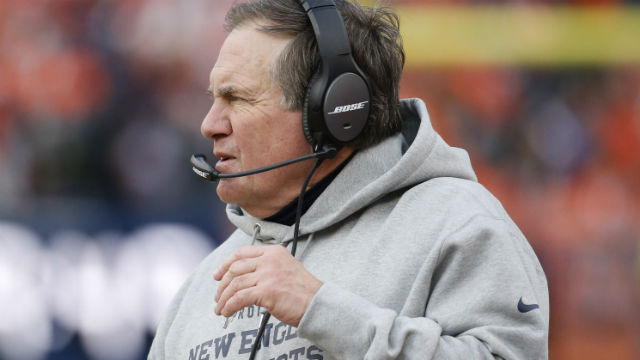