Trading players like Kevin Garnett or Paul Pierce is no small task, especially when they’re a package deal. But it becomes a whole lot easier when someone comes to you and makes a compelling offer.

Much has been written about the memorable trade between the Brooklyn Nets and Boston Celtics less than three years ago, but Sports Illustrated’s Andrew Sharp recently uncovered some new interesting tidbits about Boston general manager Danny Ainge’s decision-making at the time.

“I wasn’t really trying to trade Kevin and Paul,” Ainge told Sharp. “I had sort of resigned myself to the fact that Kevin and Paul would remain Celtics and retire as Celtics. There really hadn’t been much momentum, or even tempting opportunities to move them, until Brooklyn came along and made an offer. It sort of came up last minute, right before the draft.”

The Nets now are one of the worst teams in the NBA, and the Celtics own the rights to Brooklyn’s first-round draft pick in 2016 and 2018, as well as the right to swap first-round picks in 2017. So even if Brooklyn wanted to build for the future through the draft it couldn’t because of the trade.

?Brooklyn made a calculated risk,? Ainge said, ?and things just didn’t work out. For lots of reasons, mostly health reasons. So far it’s worked out good for us, and it’s allowed our young guys a chance to have the stage, and really shine and improve.?

He added: “No way (did I know how valuable the picks would be). I actually thought Brooklyn was going to be really good. I was excited for Paul and KG. For Brooklyn to be able to acquire those guys, they still had basketball left in ’em. … I thought they were going to be a very, very good basketball team.”

But the exact opposite happened. And, according to Ainge, it wouldn’t have happened without the Nets coming to him first. 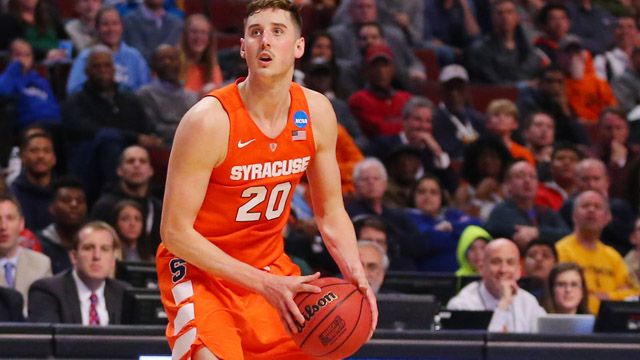