So this is a pretty big deal.

Despite getting caught being less than truthful during the initial appeal process of Tom Brady’s four-game Deflategate suspension, the NFL is sticking to the story that the New England Patriots quarterback was deceitful while speaking to league commissioner Roger Goodell and its lawyers last June.

The league believes its own version of the truth to such a degree that it was willing to say it in court Thursday during the NFL’s appeal of Tom Brady’s vacated suspension, as CBS Boston’s Michael Hurley pointed out Friday morning.

NFL lawyer Paul Clement detailed how Brady would only admit during the appeal to talking to Patriots staffer John Jastremski about the Super Bowl days after the Deflategate story initially broke.

?(Brady) knew he was there to testify about that,” Clement told Judges Robert Katzmann, Barrington Parker Jr. and Denny Chin at the U.S. Court of Appeals for the Second Circuit in New York. “He offered his version of events. It emphasized things like, ?I talked to these individuals who I never talk to the day after the story broke, not because I want to talk about these events and what the story was, but rather to talk about Super Bowl ball preparation.’ To say all of that was being done to prepare the Super Bowl balls, I think the commissioner found that to simply not be a credible explanation to the conduct.?

More from Clement to the three judges, via Hurley: ?If he had been a more credible witness in the commissioner?s eyes, that might also have reduced punishment.”

And more: ?Both Wells and the commissioner determined that the testimony from Mr. Brady was not credible. We?re not here to second-guess that. ? (Brady?s) in near-constant communication with Mr. Jastremski. The first and only meeting ever in the quarterbacks room. And the explanation for that is they?re preparing balls for the Super Bowl.?

OK. Here’s the issue: Brady didn’t say it went down like that, which I pointed out in early August, when the transcript was released from his appeal to the NFL. Brady told the NFL multiple times during the June appeal that he spoke to Jastremski about the budding Deflategate controversy.

Some quotes from the appeal transcript:

“Q. Okay. Now, what did you mean or why were you sending a text to Mr. Jastremski saying, “You are good, Jonny boy?” And then he writes back to you, “Still nervous. So far, so good, though. I will be all right.” What do you understand that to be referring to, if you could explain that to the Commissioner?
Brady: I wrote, “You good, Jonny boy,” like, you doing okay? Because he was obviously nervous the fact that these allegations were coming out that they would fall back on him. And I was just, I guess, expressing my concern for him.
Q. Now, you then wrote to him, “You didn’t do anything wrong, bud.” Why did you say that? Was that based on your conversation with him?
Brady: Yeah, I said, “You didn’t do anything wrong, bud.” That’s how I, you know.
Q. And then he writes back, “I know. I will be all good.”
Brady: Yeah.
Q. Did that set of texts refer in any way to your knowing that he had done anything to deflate footballs or anything like that at all?
Brady: No.”

“Q. And do you recall what you and John Jastremski discussed during that 11-minutes-and-one-second telephone call?
Brady: I don’t remember exactly what we discussed. But like I said, there was two things that were happening. One was the allegations which we were facing and the second was getting ready for the Super Bowl, which both of those have never happened before. So me talking to him about those things that were unprecedented, you know, he was the person that I would be communicating with.”

“Q. And directing your attention to the bottom of page 109, there’s a block referring to a text message at 7:27 in the morning on January 21st from you to John Jastremski. It says, “Hey, bud, give me a call when you get a sec.” And the report states underneath that, “For the third straight morning, Jastremski and Brady spoke by phone, this time for 13 minutes and 47 seconds starting at 7:38 a.m. They spoke again for seven minutes and five seconds at 11:45:16 a.m.”
Do you see that?
Brady: Yes.
Q. Do you have any reason to doubt the timing of the phone calls referenced in the report?
Brady: No.
Q. Do you recall the substance of either of those two telephone calls referenced in the report?
Brady: I don’t remember exactly what we talked about, but like I said, there were two things happening simultaneously and I really wanted John focused other than what he needed to get accomplished with the footballs, so I was trying to make sure that he was good and that, you know, he felt responsible for, you know, the attacks. And I was trying to make sure that he was composed so that he could do his job over the course of the next two weeks.”

“Q. During the telephone calls that you had with John Jastremski on January 19th and 20th and 21st that I asked you about, at that time, you knew that questions had been raised about the inflation levels of the footballs used during the AFC Championship Game, correct?
Brady: Yes.
Q. And during these telephone calls with Mr. Jastremski, did you discuss with him the fact that questions had been raised about the inflation levels of the footballs?
Brady: It’s possible, yes.
Q. And did you discuss with him any concerns that he might have about questions being raised on that topic?
Brady: It’s possible, yes.
Q. What do you recall about that, if anything?
Brady: Well, that they would be directed at him and that he was the person that prepared the footballs and like I said, the initial report was that none of the Colts’ balls were deflated, but the Patriots, all the Patriots’ balls were. So I think trying to figure out what happened was certainly my concern and trying to figure out, you know, what could be — possibly could have happened to those balls. …
Q. And during the text exchanges referenced there on January 19th, this was around the time that you were having telephone calls with John Jastremski as well, correct?
Brady: Yes.
Q. And you say that it is possible that you and John Jastremski were discussing the concerns that had been raised about ball deflation levels, right?
Brady: Yes.“

Now, I’m not a lawyer or a legal expert, but I don’t believe judges enjoy mistruths in court. The NFL should know this, too. As Hurley pointed out, Ray Rice’s indefinite suspension was overturned because Goodell mischaracterized what the then-Baltimore Ravens running back had told him during an appeal. Goodell did that again in July when he released a statement upholding Brady’s suspension, but apparently it went unnoticed to the judges in court Thursday.

By all accounts, Thursday’s hearing went well for the NFL, with two judges appearing to side with the league over Brady and the NFL Players Association. That might have been before the judges realized the NFL was mischaracterizing Brady’s honesty regarding the initial appeal. Even when the NFL wins, it can’t help but trip over its own feet. 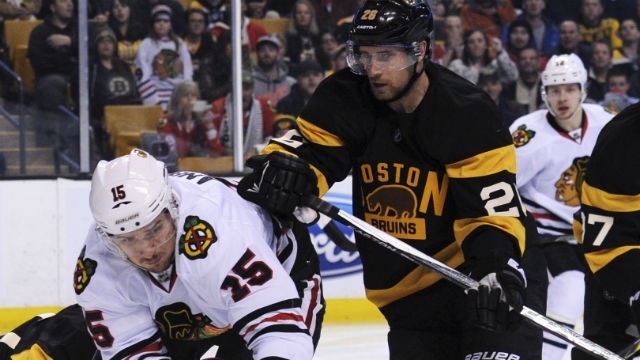 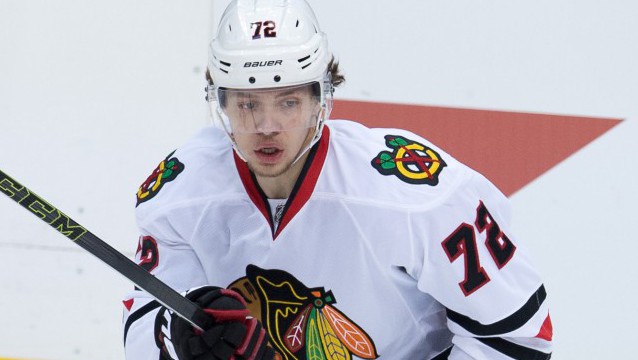