There were plenty of rumors surrounding the Boston Celtics at last month’s NBA trade deadline, but the C’s decided to keep their assets and play out the rest of the season with what they have.

That decision apparently was good on many levels, as Boston currently is the No. 3 team in the Eastern Conference, and is in the midst of a 14-game home winning streak. To top it all off, the Celtics still might make a big splash during the summer, according to The Vertical’s Adrian Wojnarowski. And that player might be soon-to-be Atlanta Hawks free agent Al Horford.

“There’s two things Boston has here in the next two months,” Wojnarowski said on Thursday’s “Woj Report.” “They have Brooklyn’s draft pick, which very well could be top four, top three. It will also give them a chance to use that as a trade chip. Again, they had it at the trade deadline and they didn’t find a player of the stature they needed to move that pick.

“But then in summer free agency, part of the reason sources tell me that Boston didn’t make an immense offer to Atlanta for Al Horford was because Horford is a free agent this summer. Boston feels like it’s got a real chance to get Horford in free agency. I think Danny Ainge’s patience is going to pay off. They’re going to get a chance to better this team, and I think the opportunity is coming either around the draft or after in free agency.”

You can hear Woj’s full answer and some other juicy NBA rumors in the video below. 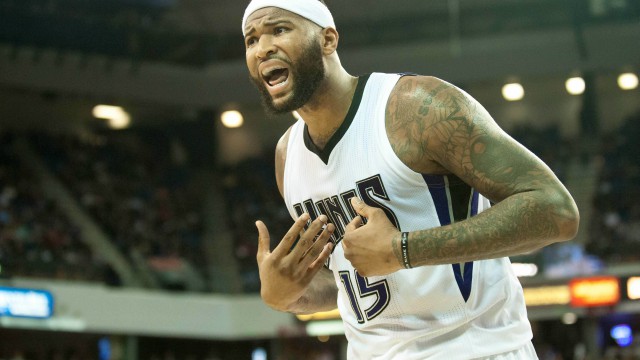