If you’re a fan of high-scoring basketball — or just decent basketball, for that matter — you probably didn’t enjoy Tuesday night’s debacle.

The banged-up Boston Celtics entered Game 2 of their first-round series against the Atlanta Hawks without two key players, and the result was one of the worst offensive performances in the team’s playoff history. The Celtics shot just 31 percent from the field en route to an abysmal 89-72 loss at Philips Arena that dropped them into an 0-2 hole in the best-of-seven series.

Isaiah Thomas was Boston’s leading scorer with 16 points despite making just four of his 15 shots. Amir Johnson (14 points), Evan Turner (12) and Terry Rozier (10) were the only other Celtics in double figures, as the C’s shot 18 percent (5 for 28) from 3-point range and were blocked 15 times.

Al Horford and Kyle Korver (17 points apiece) led a Hawks scoring effort that wasn’t much better, as Atlanta shot 39 percent from the field and scored just 37 points in the second and third quarters combined.

COMPLETE DISASTER
Believe it or not, the Celtics’ slow start in Game 1 paled in comparison to their atrocious start to Game 2.

Atlanta dominated every phase of the first quarter, scoring 24 of the contest’s first 21 points. Korver was the catalyst of the hot start, going 4 for 5 from 3-point range after a rough Game 1.

The Hawks failed to score in the final 5-plus minutes of the quarter but still led 24-7 at the break, as Boston incredibly shot just 3 for 23 from the field. The Celtics’ seven points were the fewest in the first quarter of a playoff game in the NBA’s shot-clock era.

Smart also left the game with a right hip contusion after getting kneed by Kent Bazemore but returned minutes later.

DAMAGE CONTROL
Just as they did in Game 1, the Celtics clawed their way back.

Turner helped resuscitate the C’s, drilling a pair of jumpers and dropping an assist during a 13-4 Boston run that cut Atlanta’s lead down to 12. Johnson also chipped in, finding success in the paint to the tune of eight points on 4-of-5 shooting in the quarter.

The C’s had a chance to trim that lead even further, as the Hawks didn’t record a point after the 3:54 mark of the second frame. But Boston went cold again and improbably suffered a longer scoring drought, failing to score in the final five minutes of the quarter.

The Celtics scored 28 points on 29 percent shooting in the first half yet still trailed by “only” 15.

OFF THE MARK
Apparently neither team’s halftime speech worked, as Boston and Atlanta continued to struggle mightily on offense in the third quarter.

Johnson added six more points in the frame for the C’s, but they knocked down just 25 percent of their shots in the quarter and made just one 3-pointer, a Rozier deep ball from the corner.

The Hawks were nearly as bad, connecting on just 7 of 24 shots in the frame. Both teams scored just 18 points in the third quarter, as the Celtics still trailed by 15 entering the final frame.

NO LUCK
A big comeback wasn’t in the cards for Boston.

Thabo Sefolosha scored seven consecutive points for Atlanta as part of a 13-4 run that expanded the home team’s lead to double digits.

Thomas sparked an 8-0 run that briefly had the C’s thinking comeback, but Horford drilled a 3-pointer at the 4:30 mark to stem the tide.

PLAY OF THE NIGHT
Johnson was a bright spot for the Celtics, and he made the highlight reel in the third quarter with this monster block on Paul Millsap:

UP NEXT
The series finally shifts back to Boston, with Game 3 set for Friday at 8 p.m. ET at TD Garden. The Celtics also will host Game 4 on Sunday, with tip-off set for 6 p.m. 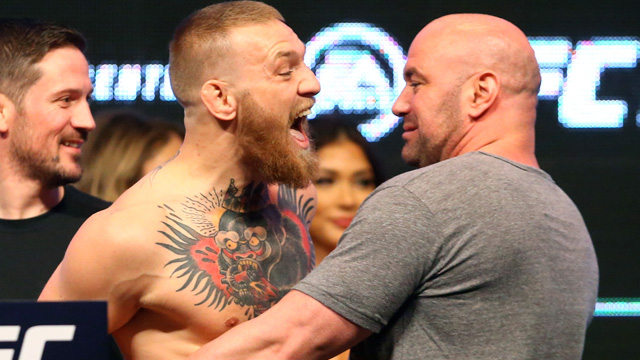 What Does UFC 200 Card Look Like After Conor McGregor Was Pulled From Main Event? 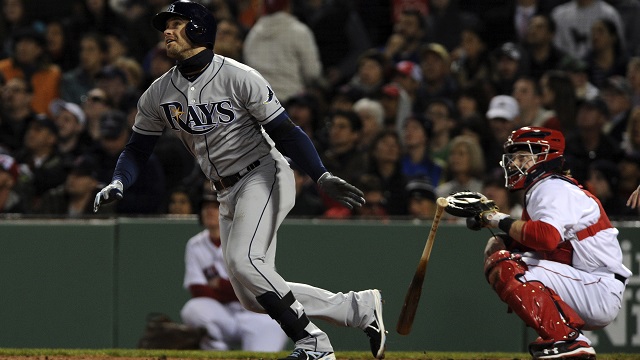