BOSTON — By the way Jackie Bradley Jr. carries himself around the Red Sox clubhouse, you’d never know he was making history every game he plays.

The Boston center fielder had a hit for the 29th consecutive game Wednesday against the Colorado Rockies, tying Johnny Damon for the fourth-longest hitting streak in Red Sox history. Bradley also is five games away from tying the longest Red Sox streak, held by Dom DiMaggio at 34, and more than halfway to Joe DiMaggio’s 56-game MLB record.

Former Boston third baseman Wade Boggs mentioned at Wednesday’s 30th anniversary celebration of the 1986 Red Sox that he wouldn’t talk to the media when he had a hitting streak. But every time Bradley has his time with the press, he seems calm, cheerful and unfazed by it all.

“It doesn?t bother me,” Bradley said before Thursday night’s game against the Rockies at Fenway Park. “The media doesn?t affect the way that I think or what I say. I think that it beats the alternative. I?d rather talk about positive things than negative.”

Beyond the hitting streak, Bradley has been enjoying a good season overall. The center fielder is batting .350 with a 1.042 OPS, 12 doubles, four triples and eight home runs in 45 games. But JBJ keeps a cool head amid all the buzz about his success.

“I think it?s just my personality,” Bradley said. “I?m very laid-back, and I don?t let the game beat me up or affect me. I know deep down it?s just a game, and I?m just going to play every single day to the best of my ability.”

Still, it definitely doesn’t hurt that Bradley receives a rousing ovation every time he steps to the plate at Fenway.

“You definitely want support,” Bradley said. “I?ll probably say again, it beats the alternative. You don?t want to get booed at your own home field. It?s exciting that they?re excited, and it?s exciting that we?re winning as well. That?s No. 1.” 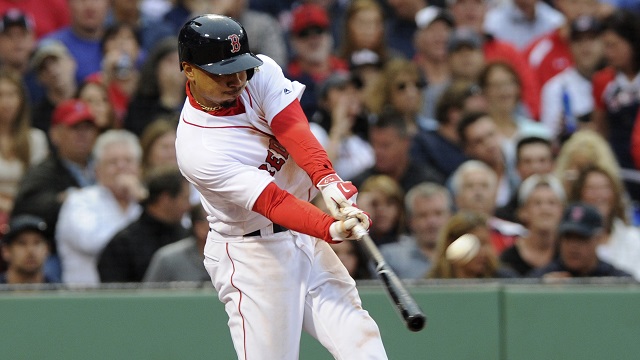 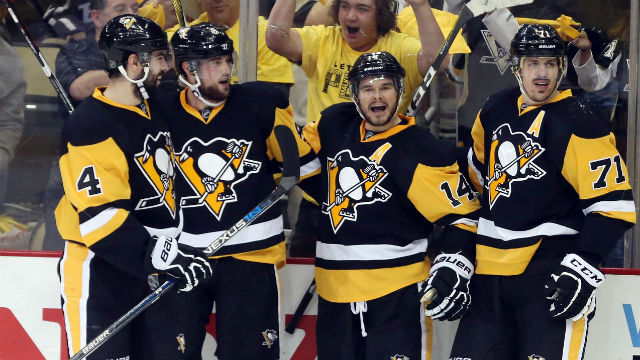