Kamu Grugier-Hill looks like a safety, plays like a linebacker and has the athleticism of a slot cornerback. So, where will the sixth-round pick play for the New England Patriots?

The NFL needs to decide on a name for the position made popular by Arizona Cardinals safety/linebacker hybrid Deone Bucannon, whether that be “moneybacker,” “rover” or something else. The hybrid role is becoming more and more popular in the NFL, and Grugier-Hill seems to fit the bill perfectly. For now, he’s listed as a linebacker on the Patriots’ roster.

Grugier-Hill is undersized for an NFL linebacker, but that’s the position he mostly played at Eastern Illinois, where he showed off impressive instincts, reaction time, tackling angles and closing speed at the FCS level. He was a monster against the run, as a blitzer and while dropping back into zone coverage.

Take one look at his highlight reel, and you’ll realize why the Patriots were willing to take a chance on an undersized linebacker from the FCS level in the sixth round.

There’s really no point in singling out single plays as GIFs, because the whole highlight clip is worth watching.

Full Eastern Illinois games are hard to come by, so it’s difficult to highlight Grugier-Hill’s weaknesses at this point. The obvious ones would be his lack of size and experience against top competition. Pro Football Focus gave him a positive grade for his performance against Northwestern this year, however, when he had six tackles, a hurry and four defensive stops.

Grugier-Hill likely will start off his NFL career on special teams, but he could find a role on defense in sub packages. The Patriots have previously had Patrick Chung or Tavon Wilson play the hybrid “money” defensive back role, but neither player has as much experience at linebacker as Grugier-Hill.

Unless the Patriots plan to use Grugier-Hill more as a safety or nickel defensive back than linebacker, he will need to bulk up in the NFL. He was listed at 215 pounds at Eastern Illinois but weighed seven pounds less at his pro day. He’ll likely lose some of his athleticism with a bigger frame. Fortunately, he has enough of it that he’ll still be one of the most athletic linebackers in the NFL. 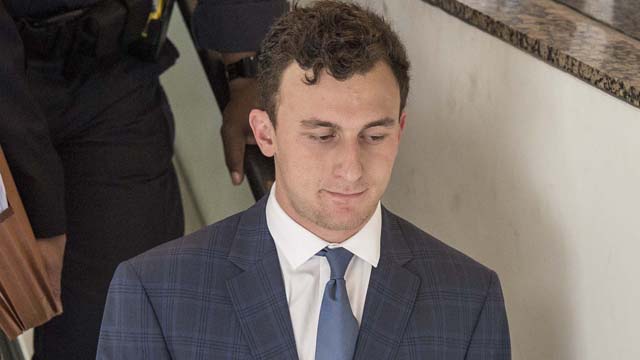 Did Johnny Manziel Flip The Bird At Cameras During Texas Court Appearance?