BOSTON — The Red Sox and Baltimore Orioles boast two of the best offenses in baseball, but pitching ruled the night Tuesday.

David Price and Chris Tillman both dominated in a classic pitcher’s duel at Fenway Park, but two Orioles home runs proved to be the difference in a 3-2 Red Sox loss that allowed Baltimore to take sole possession of first place in the American League East.

GAME IN A WORD
Ace.

Price and Tillman lived up to their billings as aces of their respective staffs, allowing just four earned runs total while combining to record 18 strikeouts. Neither pitcher allowed a baserunner in the fourth, fifth or sixth innings.

IT WAS OVER WHEN…
Jonathan Schoop blasted a home run over everything in the eighth inning.

The Orioles second baseman’s solo shot cleared the Green Monster in left field and gave Baltimore a 3-1 lead that its bullpen wouldn’t relinquish.

ON THE BUMP
— Price was dominant for most of the night, but his two mistakes proved costly. The Red Sox left-hander’s three earned runs came via a two-run homer by Manny Machado in the first inning and Schoop’s solo blast in the eighth.

Outside those blemishes, Price struck out 11 batters, his highest total since May 12, and retired 19 consecutive Orioles between the first and seventh innings. He allowed just five hits over eight innings and issued no walks while throwing 105 pitches.

— Craig Kimbrel set the Orioles down in order in the ninth, striking out two of the three batters he faced.

IN THE BATTER’S BOX
— The Red Sox loaded the bases in the first but couldn’t deliver, as Christian Vazquez grounded into a fielder’s choice to end the threat. The catcher went 0-for-3 and left a total of four runners on base, three of which were in scoring position.

— Jackie Bradley Jr. finally got the Red Sox on the board in the seventh with a monster home run to dead center, his 11th of the season.

— Hanley Ramirez came up clutch in the eighth inning with a two-out, RBI single that cut Boston’s deficit to 3-2. He finished 1-for-3 with a walk.

— Dustin Pedroia was Boston’s only player with multiple hits, going 2-for-4 with a double to raise his batting average to .315.

— David Ortiz led off the second inning with his 29th double of the season, the highest total in baseball. But the Red Sox designated hitter struck out in his other three at-bats and went down swinging with runners on first and third and one out in the eighth.

— Travis Shaw recorded just his second hit in 24 at-bats in the seventh inning when he beat out an infield single. He went 1-for-3 with a walk.

— Josh Rutledge and Rusney Castillo pinch-hit for Shaw and Vazquez, respectively, in the ninth, but Orioles closer Zach Britton struck out both players to notch his 20th save of the season.

TWEET OF THE NIGHT
Tuesday’s battle for AL East supremacy drew quite the crowd.

crowd of 38,009 largest of the season, largest at Fenway since last July 11 vs. Yankees

UP NEXT
Steven Wright will look to win his fifth consecutive start Wednesday night when he takes the mound for Game 2 of their three-game series with Baltimore. The Orioles will counter with right-hander Tyler Wilson. First pitch at Fenway is set for 7:10 p.m. ET. 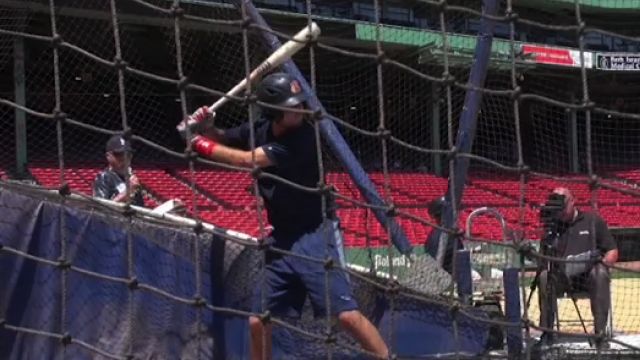 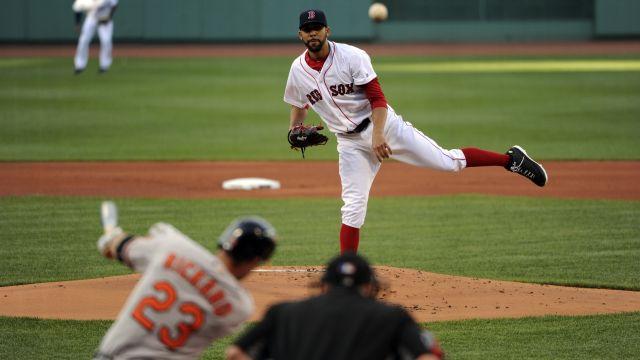