The Red Sox held a three-run lead in the seventh inning at Fenway Park when Yankees batter Chase Headley ripped a ball off the Green Monster in left-center field. Headley thought he had an easy triple, but Bradley had other plans, tracking the ball down and making an absolutely perfect throw to nab Headley at third base.

We’re not sure if Headley was just in utter disbelief at being thrown out, but he immediately began barking at Red Sox pitcher Rick Porcello, prompting both benches and bullpens to empty.

No punches were thrown, but it was a pretty heated exchange that conjured up some memories of the historic dislike between the two clubs.

Porcello, who improved to 11-0 at home in Boston’s 5-3 win, wouldn’t divulge what sparked his incident with Headley, but Yankees manager Joe Girardi said the Red Sox pitcher might have accused Headley of trying to steal signs in the batter’s box.

“Porcello accused him of (peeking) at the catcher, is what I was told,” Girardi said, via the New York Post. “Sometimes emotions get the best of players.”

Headley didn’t seem too happy in the moment, but he struck a different note after the game.

“I actually kind of enjoyed it, to be honest,” Headley said, via the Post. “We haven?t had one of those dustups with the Red Sox in a while, so it got me going a little bit.”

It’s nice to see a little fire between Boston and New York, but the highlight here clearly was Bradley’s throw, which represented his 11th outfield assist of the season. 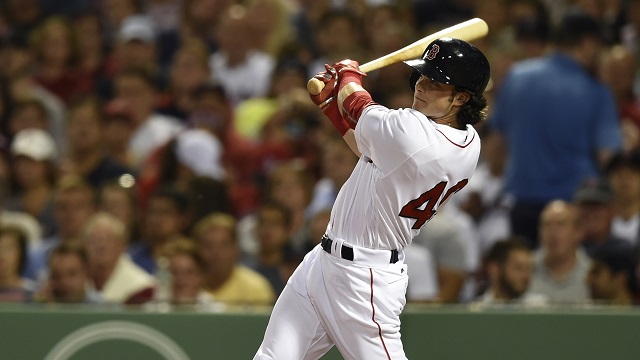 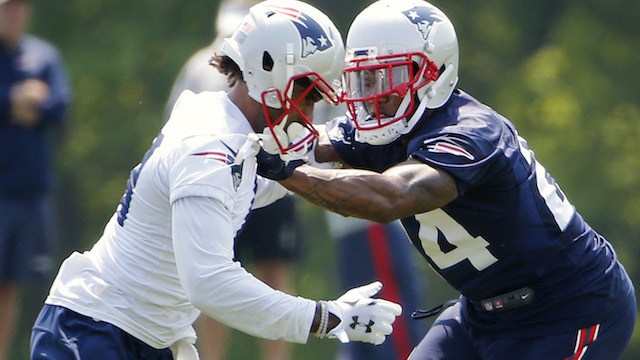