David Ortiz has been in the majors for 20 years. He has seen a lot of things and has come across a lot of people. Yet certain moments and certain peers stood out in the crowd, leaving behind lasting impressions that impacted the Boston Red Sox designated hitter’s career for the better.

NESN’s Tom Caron recently sat down for an exclusive interview with Ortiz. The two discussed a whole bunch of topics, including those who helped shape Big Papi’s illustrious run in Major League Baseball. Several names were mentioned throughout the chat, but Ortiz’s relationships with a certain crop of former big leaguers were highlighted in NESN’s “David Ortiz: The Journey,” presented by Foxwoods Resort Casino, which premiered Friday night.

Here are five people — of the many, we’re sure — who influenced Ortiz throughout his career, along with some commentary from the 10-time All-Star’s interview with TC.

Kirby Puckett
Ortiz never played with Puckett, who retired after the 1995 season and died in 2006. But Ortiz marveled at Puckett’s performance in the 1987 World Series while watching at home in the Dominican Republic and became very close with the Hall of Famer upon joining the Minnesota Twins organization.

?He was a really good mentor to all of us. He was a really, really good friend of mine. I adored that guy. That guy was an unbelievable human being,” Ortiz told TC. “Pretty much all my teammates that we came up together, he kept all of us tight.

“The good and bad things, you kind of, like, put them in different perspectives. And you know, I?m a guy that I like to get the positive side with things. That?s the way I look at it.?

Pedro Martinez
Ortiz and Martinez both hail from the Dominican Republic, so there’s a natural connection between them. Their relationship blossomed well before they became teammates in Boston in 2003.

?I remember when I used to play with Minnesota and Boston used to come in town, there?s got to be videos out there somewhere of me sitting in the bullpen with Pedro just talking,” Ortiz said. “And let me tell you, I?m a hitter in Minnesota and he?s a pitcher for the Red Sox, and we?re sitting right there and there?s Pedro just giving me advice and how to get through things and how to do things the right way.?

Martinez, in some ways, is the man responsible for bringing Ortiz to Boston. He bumped into Ortiz at a restaurant in the Dominican Republic after the then-27-year-old slugger was released by the Twins in December 2002 and called the Red Sox’s front office to endorse his good friend.

?I was surprised — many other people I?m sure were surprised — that David got released,” Martinez said in the NESN special presentation. “And I think I just fell in the right place at the right time.”

Jason Varitek
Varitek already was an established leader by the time Ortiz arrived in Boston in 2003. So when he spoke, Ortiz listened. And it’s a good thing based on the following anecdote told by Ortiz.

?This guy, I learned so much from him,” Ortiz said, referring to Varitek. “I remember I used to swing a bat that was sized 34 (inches), 31 and a half (ounces) and Tek got me one day, and he was like, ?Hey, big guy. You?re a big guy, you need to swing a bigger bat. Let me tell you what you?re going to learn about swinging a bigger bat. You?re going to use your hands more than you use your body.? And I was like, ?What the hell is he talking about?? And I?m like, ?OK, I?m going to try it.?

“He let me use his bat to begin with, and the reality is that he was so right about what he told me because my swing was nothing but hands, and all of a sudden the ball started jumping everywhere and I started hitting more homers. That came from Tek.?

Manny Ramirez
Ortiz and Ramirez formed one of the most dangerous 1-2 punches in MLB history during their time together in Boston from 2003 to 2008. And some of what Ortiz learned offensively came directly from his tag team partner.

?Manny?s the best I?ve ever seen when we played together of setting pitchers up,” Ortiz said. “Don?t you remember Manny would have so many at-bats — important at-bats — where he would take three pitches right down the middle — boom, boom, boom — and go back to the dugout? Because he wasn?t looking for that. It takes a special player to get to that level. And once I got here, I learned how to do that.?

Dustin Pedroia
Pedroia has been Ortiz’s teammate since the 2007 season, and he’ll be there when Big Papi rides off into the sunset. Ortiz once joked that he thought Pedroia was the team’s new bat boy when he first met him, but it didn’t take long for Ortiz to realize there’s more than meets the eye with Pedroia.

?That guy?s my motivation, man, I?m telling you, ever since Day 1,” Ortiz said. “He will say, ?No, I?ve learned from David, because David is older, he?s been here longer, this and that, blah, blah, blah.? But when I watch him, the way he goes about his business, I swear to God, man, it?s just like, ?If this little guy can do it, I can do it.’ ”

Ortiz also made it clear that Pedroia isn’t afraid to grab him by the neck, bring him into the batting cage and give pointers when appropriate. It’s a relationship that’s worked. Clearly. 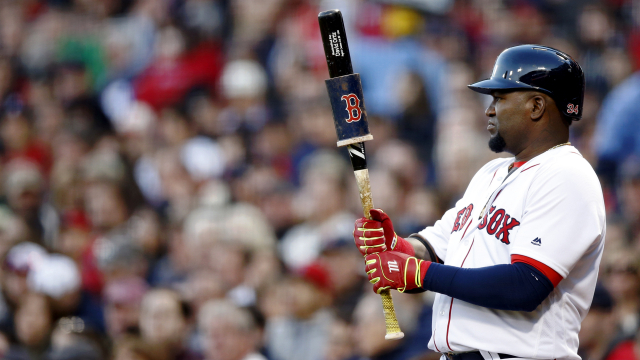 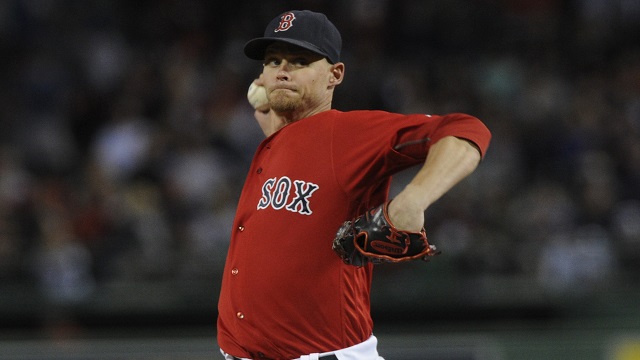