FOXBORO, Mass. — Tom Brady has thrown for 783 yards in the two weeks since he returned from his Deflategate suspension. More than a third of those have come on throws to Rob Gronkowski.

After making a negligible impact on the New England Patriots’ first four games this season, Gronkowski has been an offensive monster since being reunited with his longtime quarterback.

The All-Pro tight end first shredded the Cleveland Browns for 109 yards on five catches in Week 5, then ran roughshod over the Cincinnati Bengals on Sunday, catching seven passes for a career-high 162 yards and one touchdown in a 35-17 Patriots win at Gillette Stadium.

“Rob was again a big factor in the game, a big target,” Patriots coach Bill Belichick said. “(He) made a nice catch on the touchdown. I thought that was a good throw and a good catch. There wasn?t much space to get the ball in. Tom put it where they couldn?t get it. Rob made a real good catch. We got them on some seam routes. We got them on some overs, and we got them against man coverage two or three times. He made some big plays.”

That he did. Gronkowski was responsible for three of the Patriots’ four longest plays from scrimmage against the Bengals, hauling in two 38-yard completions and another that went for 29. Of the 105 yards he gained on those three receptions, 52 came after the catch.

“He’s like a Clydesdale horse out there,” Patriots wide receiver Julian Edelman said. “He’s fun to watch. I’m glad he’s on our team.”

Brady also found wideout Chris Hogan for a crucial 39-yard pickup late in the first half and looked running back James White’s way nine times, resulting in eight completions for 47 yards and two scores. But his most lethal weapon was big No. 87.

“He just makes so many great plays,” Brady said of Gronkowski. “He?s a big target, and he makes any quarterback look good. If he?s uncovered, you know he?s going to get it, and there were plenty of times where he was uncovered today, but all the other guys were making plays, too. That?s what makes a good offense. I said that on Wednesday. It?s finding guys that are running free in the defense, and we do a lot of different things to try to create that.

“Gronk is in a lot of different places, but when his number is called, he makes the plays.”

Gronkowski’s performance was not entirely flawless. He was penalized twice in a five-play span midway through the fourth quarter — once for a false start, once for taunting — and was a central player in the after-the-whistle chippiness that dominated the game’s final minutes. Belichick surely will inform him this week that those type of actions are not conducive to success.

Regardless, it was another masterful performance from a player who, after being hamstrung by injury early in the season, is proving why he’s one of the NFL’s most dangerous offensive players. 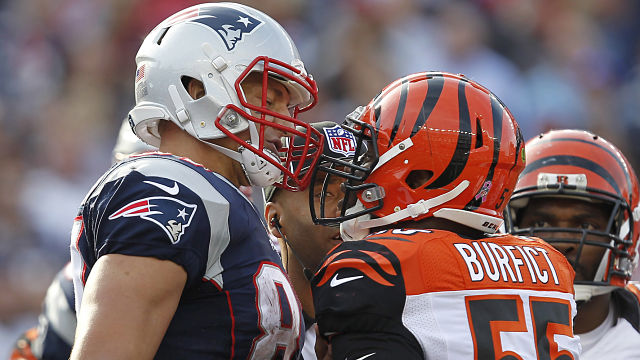 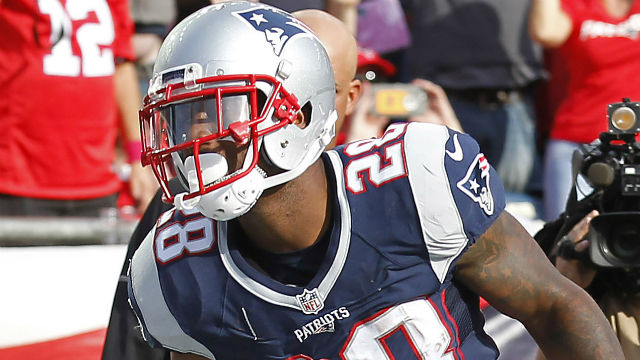