So, get the man his belts.

The Notorious badly wanted to wear both of them after his second-round KO win over Eddie Alvarez at UFC 205, but only one — the lightweight belt, which he claimed Saturday — apparently was available.

UFC president Dana White came to the rescue, though, and McGregor had his moment at Madison Square Garden. (Warning: The video below contains explicit language.)

There's the announcement @TheNotoriousMMA has been waiting to make!! ? ? ? #UFC205 #UFCNYC https://t.co/yLQw0F9oQq

McGregor, who’s also the UFC featherweight champ, later climbed atop the octagon and celebrated with the fans who supported him throughout the week.

Now the question becomes, can McGregor keep both belts? White didn’t seem opposed to the idea when asked earlier this week.

“Conor has said that he would like to win the 155-pound belt and fight four times a year and defend both belts,” White said, via MMAFighting.com. “If anybody can do it, Conor McGregor can. This guy has pretty much done everything he said he would do. I’m interested.” 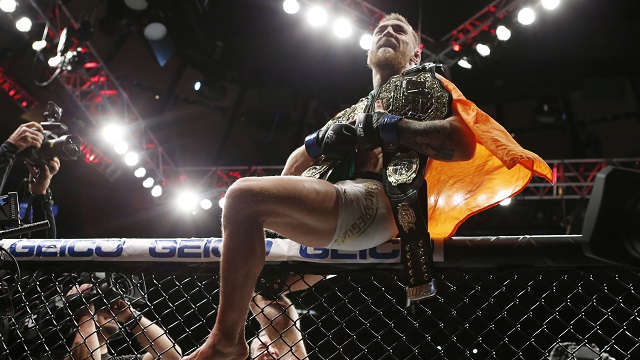 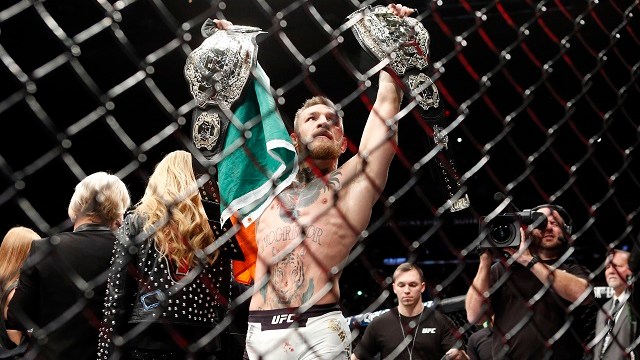