FOXBORO, Mass. — If Chris Hogan had signed anywhere else this offseason, the acquisition would have been met with relative indifference. But because Bill Belichick saw something in the unheralded receiver, the restricted free-agent acquisition became intriguing.

So far, Hogan’s time with the Patriots has been a success. He had a career year, catching 38 passes for 680 yards with four touchdowns and led the NFL with 17.9 yards per reception. He was one of quarterback Tom Brady’s go-to receivers Saturday night in the Patriots’ 34-16 divisional-round win over the Houston Texans when he caught four passes on four targets for 95 yards before leaving the game with a thigh injury.

Gaining trust in Brady is key for a Patriots receiver.

“Tom’s extremely approachable,” Hogan said Tuesday. “You can go up to him and talk to him about anything. Obviously talking football to him, he does such a great job of relating to you on the field just as a receiver. He offers a lot of knowledge about whatever position, for me specifically as a receiver, the way that he likes things to be run and route details, all that kind of stuff. I’m always picking his brain about how he likes things so you get there on the field and he’s able to trust me that I’ll be doing those certain things that he likes.”

Some of Hogan’s bigger plays this season have come on deep completions when Brady has to get out of the pocket and scramble around. Those require chemistry between the first-year Patriot and Brady.

“I think it’s pretty good,” Hogan said. “I think we work on that kind of stuff going back to training camp, knowing that if the pocket breaks down or anything like that, you’re just going to look for space. Tom does such an awesome job of finding guys open.

“At that point, when the pocket breaks down and he starts scrambling around, it’s just about playing football. If he finds you on the field, then it just comes down to being able to make the play. A lot of those times, it might be a 50-50 ball. Just like Julian (Edelman) had, he made an awesome play down the field for us. Those are the types of plays that we’re hoping just to make a big play, come up with the ball.”

Brady hit Hogan on completions of 45, 22 and 21 yards Saturday. Brady also targeted Hogan on a play in which Texans cornerback A.J. Bouye was hit for a 30-yard pass interference penalty.

Hogan said Tuesday he could have returned to Saturday’s game if necessary, which is a good sign for his availability Sunday in the Patriots’ AFC Championship Game matchup with the Pittsburgh Steelers.

Roger Goodell’s Absence In New England Since Deflategate Will Continue 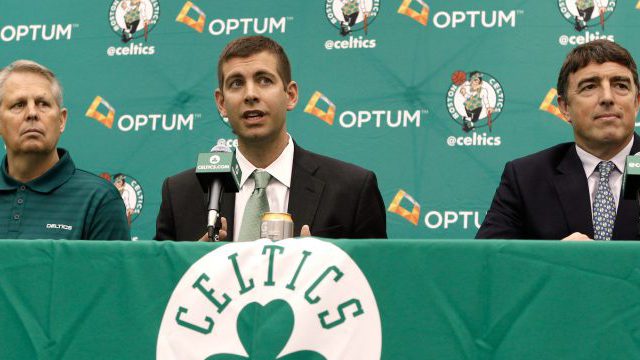