Chris Hogan knew the only way to get on Tom Brady’s good side as a wide receiver was to produce. So that’s exactly what he tried to do when he signed with the New England Patriots last spring.

Speaking Monday on NFL Network’s “Good Morning Football,” Hogan described how he went about securing a spot in the Patriots quarterback’s circle of trust ahead of his first season in Foxboro.

“I think (Brady) has been around the game for a long time,” the wideout said, “and if you want to play on that team and you want to get on the field, you’ve got to produce and play well. So my main focus was going in there, kind of proving to those guys that I could play during camp and during the preseason — kind of earning that respect from Tom and from all the other guys. And after I did that, we just got rolling during the season.”

That they did. The Patriots won 17 of their 19 games — including 14 of the 15 Brady played in — en route to their fifth Super Bowl title. And Hogan enjoyed the best season of his career, cementing his status as the Patriots’ preeminent deep threat and finishing the regular season tied for the NFL lead in yards per catch.

The 28-year-old caught 38 passes for 680 yards and four touchdowns during the regular season, then added 17 more receptions for 332 yards and two scores in the playoffs, including four grabs for 57 yards in Super Bowl LI.

Hogan and several of his teammates still are in the midst of their respective post-Super Bowl media tours, but the receiver said he’s already begun training for next season.

“My trainer’s on top of me, too, because he said he’s only got ‘X’ amount of days to fix my problems that I had in the season and get ready,” Hogan said. “… I’m in shape, but I took a couple of weeks off, and you get out of shape pretty quickly. The offseason starts at the end of April. It’s right around the corner.”

See more from Hogan’s “Good Morning Football” interview in the video below. 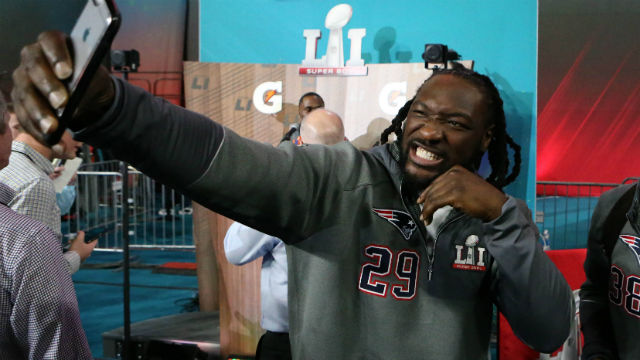 Patriots Offseason Preview: Will LeGarrette Blount Be Back After Career Year? 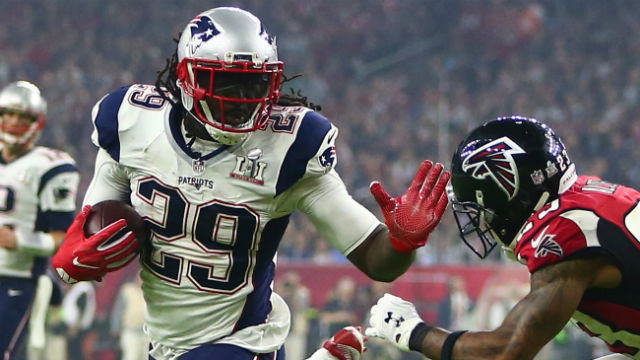 LeGarrette Blount ‘Definitely’ Wants To Re-Sign With Patriots: ‘I Love It There’