Patriots Offseason Preview: Will LeGarrette Blount Be Back After Career Year? - NESN.com Skip to content

STANDOUT PERFORMER
Blount was the bell cow for the Patriots this season, carrying the ball 299 times for 1,161 yards and an NFL-best 18 touchdowns and setting career highs in all three categories. He played in all 16 games, broke Curtis Martin’s single-season franchise record for rushing touchdowns and also ranked in the top five in the league in carries (second) and rushing first downs (fifth).

Blount’s production tailed off in the playoffs (109 rushing yards, one touchdown, one fumble in three games), but this easily was the best season of his career.

NEEDS IMPROVEMENT
The most disappointing Patriots running back this season probably was Bolden, who made zero impact outside of special teams. But with Blount staying healthy and productive, Lewis coming back strong midseason and White emerging as one of quarterback Tom Brady’s favorite passing targets, they really didn’t need him.

BY THE NUMBERS
17-0: The Patriots’ record with Lewis in the lineup. They’ve yet to lose a game with him active.

16: The number of touchdowns Blount scored in 33 games over his first three seasons with the Patriots. It took him 15 games to surpass that mark this season.

60: The number of passes White caught during the regular season, the highest single-season total by any Patriots running back during the Bill Belichick era.

BIGGEST OFFSEASON STORYLINES
1. Will Blount be back? He’s 30, and while he was tremendously productive this season, backs with his running style tend to break down around this age. The Patriots also have to make decisions on Bolden and Develin, the latter of whom saw his role increase following tight end Rob Gronkowski’s season-ending back injury.

2. Can Lewis stay healthy? The dynamic 26-year-old has yet to play a full NFL season, with a torn ACL in 2015 limiting him to 14 regular-season games over his first two campaigns in New England. He suffered a hamstring injury late in Super Bowl LI, but he should be good to go in time for offseason workouts. That was not the case last year when Lewis practiced just once all summer before undergoing a second knee surgery and then sitting out until October.

3. What’s next for White? The pass-catching specialist had the game of his life in Super Bowl LI, hauling in a Super Bowl-record 14 receptions and scoring three touchdowns (plus a key two-point conversion) in the Patriots’ dramatic win over the Atlanta Falcons. He also ranked second among all Patriots players in catches during the regular season but never has been viewed as one of Brady’s top weapons. Will that change in 2017?

4. Will the Patriots draft a running back? If Blount doesn’t re-sign, New England would have a need at the position. Stanford star Christian McCaffrey at No. 32 could be an option if the Pats chose to go down this road. 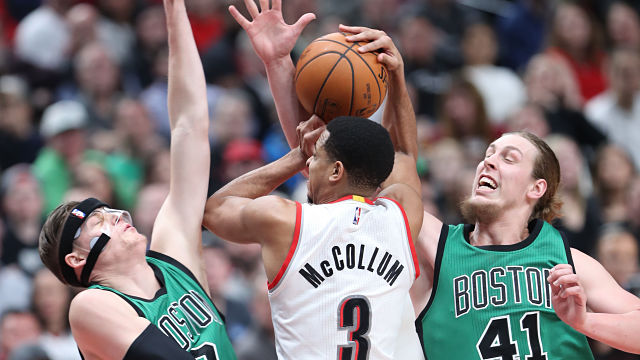 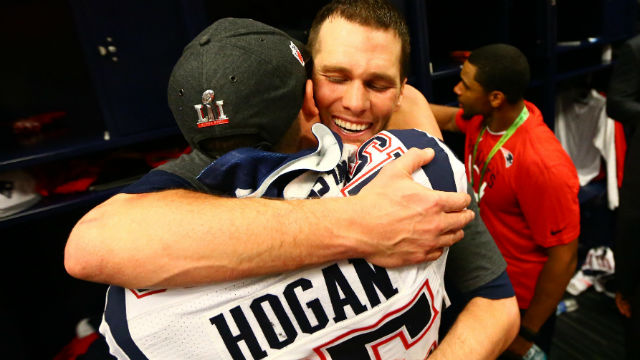