League sources told The Vertical just before Thursday’s NBA trade deadline that the Pacers passed on trade offers for George and he’ll remain with Indiana. USA TODAY’s Sam Amick wrote Wednesday, however, that the All-Star forward would love nothing more than to sign with his hometown Los Angeles Lakers when he’s a free agent in 2018 if the future looks bleak for the Pacers.

Amick doubled down on that statement Thursday shortly before the deadline.

I repeat: Paul George – barring a title chance in Indy – is hell-bent on heading for Laker Land. This message has been sent throughout NBA.

These kinds of things can change, but that is the strong Paul George message being sent around the NBA regarding how he sees his situation.

Amick’s tweets created some buzz, so he elaborated, even offering his take on the matter.

If you're Celtics, I think you let it ride w/ Paul George & trust that, by summer 2018, you convince him to be Celtics legend. Denver? Dicey

You folks are funny: wrote yesterday Paul "would love nothing more" than signing with Lakers. But if you say "hell-bent"? Twitter fire..

George, who turns 27 in May, is averaging 22.3 points per game this season. The four-time All-Star is under contract through next season and has a player option for the 2018-19 campaign. 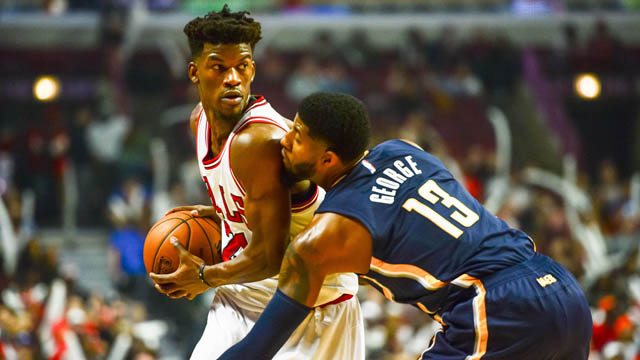 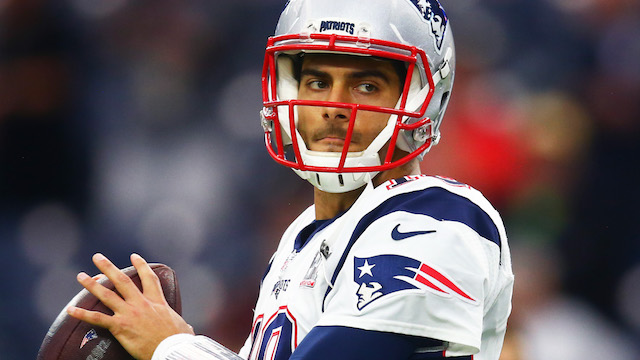 The Football Word: What Team Is Jimmy Garoppolo’s Best Fit In Trade?