Kyrie Irving made a comment about being in Boston that seemed to be a dig at his former home in Cleveland, and so far, everyone and their mother has had an opinion.

The new Celtics point guard talked about Boston after the team’s 108-100 preseason win over the Hornets in Charlotte and referred to it as “a real, live sports city.” And while it could have been meant as a compliment for the Hub rather than a criticism of Cleveland, plenty of folks have felt the need to weigh in.

Dwyane Wade, who just joined the Cavaliers, wasn’t a fan of the comment, and neither was former NBA player Byron Scott, who coached the Cavs from 2010 until 2013. Scott told Rachel Nichols on ESPN’s “The Jump” on Friday that he definitely saw it as an insult to Cleveland and warned Irving against making statements like that.

“This league is very fickle, so when you do burn those bridges, people don’t forget,” Scott said. “People and organizations do not forget when you burn bridges. I know he’s taking some digs … but you even took a dig at the city of Cleveland. Because I’ve been to Cleveland. I’ve coached there. They’ve got great fans in Cleveland. And they love their sports. To say that this is a real sports town is taking a dig at the Cleveland fan base they have there.”

Scottie Pippen gave his two-cents, too, and while he agreed the 25-year-old might want to tone it down at this point in his career, Pippen could see where Irving was coming from.

“I think he should be a little bit careful,” Pippen said. “It’s still early in his career. As Dwyane Wade says, you never know how the chips are going to fall in this game, so you don’t want to burn any bridges. But I also understand Kyrie’s side of it. He’s seen LeBron James leave. He’s seen the fans in Cleveland burn the jerseys, so I’m sure he’s thinking the fans are done with him.”

Patriots Rule Out Three Vs. Jets, Including Stephon Gilmore With Concussion 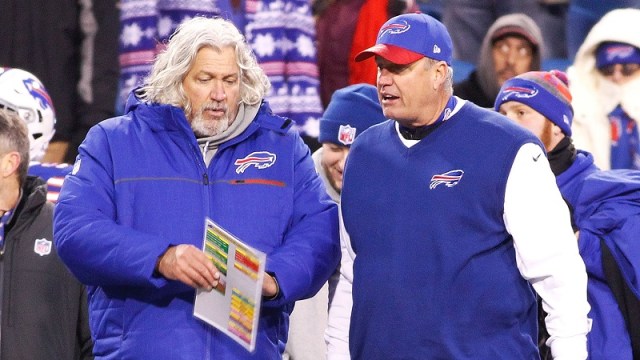