Game 1 of the American League Division Series couldn’t have gone much worse for the Boston Red Sox.

Chris Sale gave up a whopping at seven runs, as the Sox went on to lose to the Houston Astros, 8-2 at Minute Maid Park on Thursday.

The game got off to a miserable start for Boston, as utility man Eduardo Nunez had to be carried off the field in the first inning after re-aggravating his right knee injury. Then, in the bottom of the first, Astros third baseman Alex Bregman and second baseman Jose Altuve hit back-to-back home runs off Sale to give Houston a 2-0 lead.

Altuve went on to mash three homers, as he became just the 1oth player in Major League Baseball history to hit three homers in a playoff game.

The Red Sox scored a run in the second and another in the fourth to tie the score, but the Astros scored six runs over the next four innings to pull away.

With the loss, Boston trails Houston 0-1 in the best-of-five series.

GAME IN A WORD
Painful.

In addition to Nunez’s injury, the Sox as a team got absolutely dominated in their playoff opener.

IT WAS OVER WHEN…
Astros left fielder Marwin Gonzalez roped a two-out, two-run double off Sale in the fourth inning, giving the Astros a 4-2 lead they never relinquished.

— Joe Kelly took over for Sale in the sixth and inherited two runners. The right-hander allowed both to score and gave up two hits while striking out one.

— Austin Maddox came in for the seventh, and he was greeted by Altuve’s third solo homer of the game. He escaped the rest of the inning unscathed.

— As has been the case too often this season, Boston’s offense struggled, as the Sox bats managed just two runs on eight hits.

— Hanley Ramirez came off the bench to replace Nunez, and he went 2-for-3 with a double.

— First baseman Mitch Moreland and left fielder Andrew Benintendi each had one hit.

TWEET OF THE DAY
Red Sox legend Pedro Martinez sent some love to his former team ahead of Game 1.

UP NEXT
The Red Sox and Astros will meet again Friday in Game 2 of the ALDS.. Boston will give the ball to left-hander Drew Pomeranz, as he’ll look to silence the crowd at Minute Maid Park. Dallas Keuchel will toe the rubber for the Astros. First pitch is set for 2:05 p.m. ET. 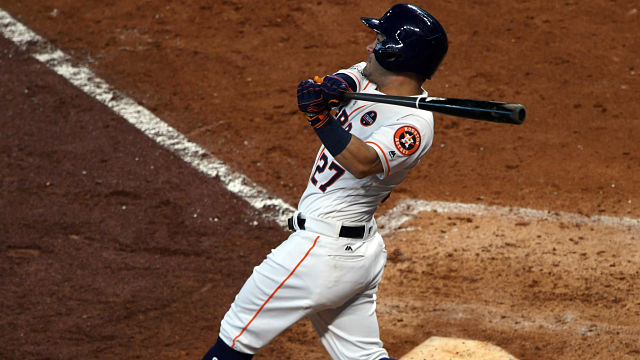 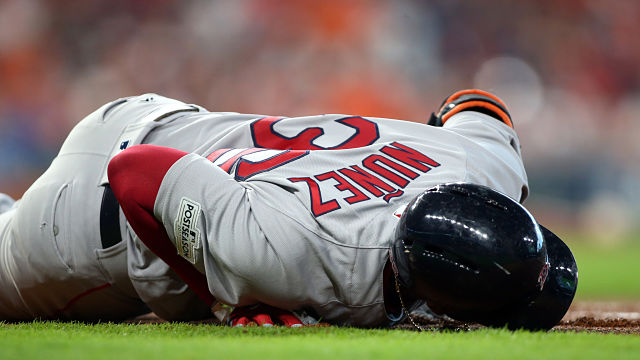