This Fan Had No Doubt Aaron Judge Would Rob Home Run In ALDS Game 3 - NESN.com Skip to content

While Judge has become one of the faces of Major League Baseball thanks to his bat, the rookie star made a huge play with his glove Sunday night.

With the Yankees and Cleveland Indians tied at zero in the sixth inning of Game 3 of their American League Division Series matchup, Francisco Lindor hit a ball that was ticketed for the seats in right field. But Judge, all 6-foot-7 of him, made a leaping grab to take a home run away from Lindor.

#ALLRISE for the robbery! #ALDS pic.twitter.com/1v7lD8cwD3

And while the catch was impressive, the best part of Judge’s robbery was the fan in the front row who didn’t even attempt to catch the ball or move out of the way.

Don?t let Hample going for the ball distract you from the two best faces in that Judge catch. pic.twitter.com/4gdskGxv3z

This fan did not doubt Aaron Judge for one second. pic.twitter.com/0vMIAM2ztD

And here’s a slow-motion video just to make sure the fan never flinched. 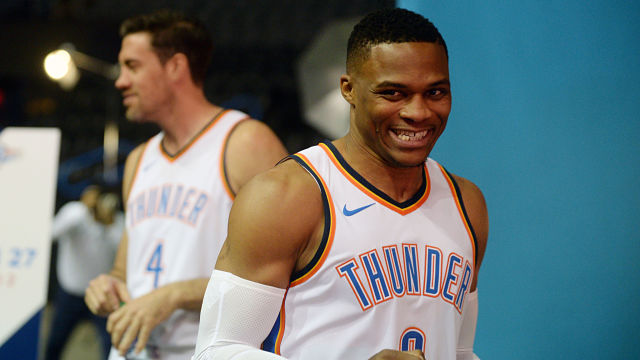 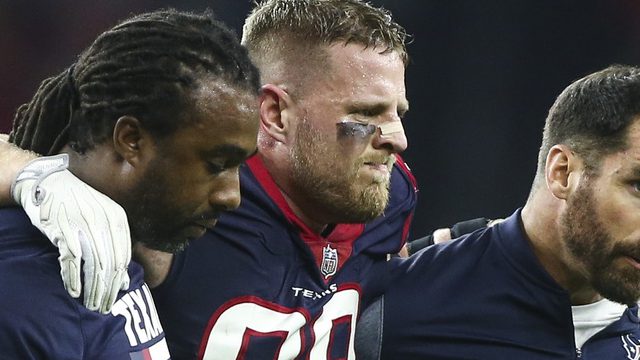 NFL Rumors: Texans’ J.J. Watt Out For Rest Of Season With Leg Injury