An NFL player protests during the national anthem. Donald Trump calls him out on Twitter. Rinse, repeat.

President Trump has been very outspoken against these protests, at various points calling for players to be “fired” or suspended if they don’t stand for the anthem. And Lynch didn’t escape POTUS’ Twitter wrath Monday morning.

Marshawn Lynch of the NFL?s Oakland Raiders stands for the Mexican Anthem and sits down to boos for our National Anthem. Great disrespect! Next time NFL should suspend him for remainder of season. Attendance and ratings way down.

This is par for the course for a Trump response; he’s also called out the league in tweets past for declining ratings and attendance numbers. Trump also said last month he believed Colin Kaepernick, who began the movement of NFL players demonstrating during the national anthem last year, should have been suspended at the time.

It’s very unlikely Trump gets his wish as far as the NFL suspending Lynch, though; league owners and players met with NFL commissioner Roger Goodell last month to discuss the protests, but no hard discipline was put in place for those who fail to stand during the anthem. 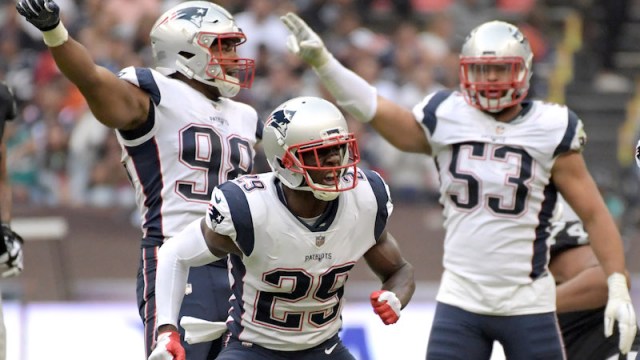