FOXBORO, Mass. — Kenny Britt has long wanted to join the New England Patriots. The idea finally came to fruition when the timing was right last week.

The Cleveland Browns released Britt on Dec. 9, and he officially signed with New England on Dec. 13. By Dec. 17, he was catching passes from Patriots quarterback Tom Brady in an actual game.

Britt said there were “a couple teams” eyeing him when he cleared waivers.

“(The goal) was finding the right fit for me, and this always has been a place in the back of my mind where I would like to be,” Britt said Wednesday.

“It’s been for a while to tell you the truth. Since I parted ways with Tennessee (in 2014), it’s always been in the back of my mind. For whatever reason, the timing wasn’t right to be here. Three or four years later now, I’m here, and I’m not looking back.”

So, after years of wondering what life is like in New England, what’s it like being a Patriot?

“It?s actually blown away my expectations of it,” Britt said. “I mean, I know this is a great organization. There?s a plan and so focused on their jobs at all times. When I got here, they showed me nothing but love and believed in me. That?s one thing that players need regardless of where you?re at in your career. You need people to believe in you. That?s something that regardless of what you do, big or small, they?re going to praise you for it and build you up.”

Britt said the biggest surprise so far is “how they threw me into the game plan so fast.” Britt had one 7-yard catch on two snaps against the Steelers on Sunday.

“It was kind of crazy that I had to slow myself down,” Britt said. “I was running on emotions last week. When I got here, first thing was, I?m over here with Tom Brady. Come on now. He?s the GOAT. I had to take that energy and focus on getting into the playbook and learning because I can?t be out there helping if I don?t know what I?m doing.”

He said he understands how some receivers could get intimidated coming to the Patriots. The difficulty level is especially high for Britt, who came in late in the season.

“Have you seen the playbook?” Britt said.

Another curveball the Patriots are throwing at Britt is teaching him multiple positions. Britt previously only learned one role in his three stops with the Titans, Los Angeles Rams and Browns.

“They’re just throwing me in there to see what I can do and where I’m at at certain positions,” Britt said. “This is the first team I’ve been in playing multiple positions. I think this is easier to know multiple positions to know this playbook than just staying in one spot and learning that one. They want you to move around a little bit.”

The Patriots’ offense is all about concepts, so it’s understandable that learning everything might be more easily digestible than just studying what one player is doing on each play. 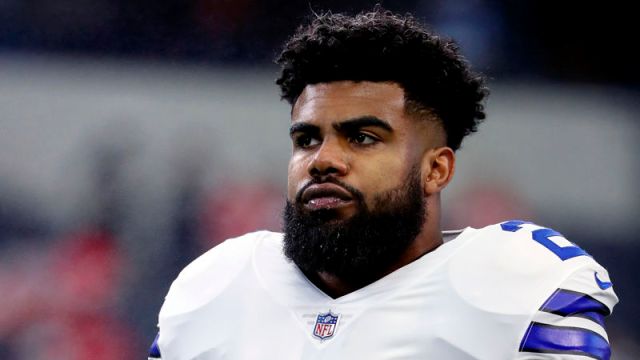 Ezekiel Elliott Refuses To Discuss What He Did During His Suspension 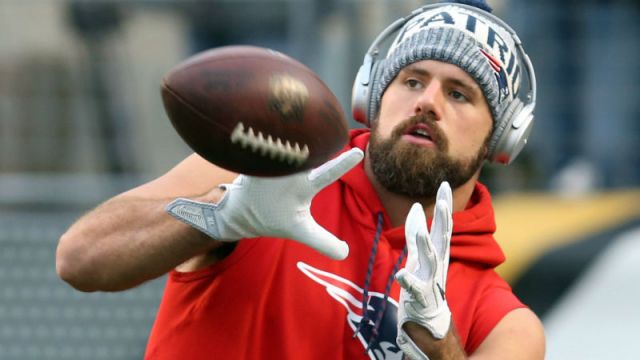