STANDOUT PERFORMER
Gilmore, who went from a glaring liability in early weeks to one of New England’s best defensive players by the end of the season.

After a forgettable first half marked by coverage breakdowns, miscommunications and a concussion that cost him three games, Gilmore looked like a different man when he returned to the lineup in Week 10. He was the Patriots’ most consistent cornerback over the final eight weeks of the regular season and was downright fantastic in the playoffs, icing the AFC Championship Game with a fourth-down pass breakup and having his excellent showing in Super Bowl LII overshadowed by his team’s overall defensive implosion.

It took a little while, but the 27-year-old eventually lived up to the five-year, $65 million contract he signed last spring. The Patriots should feel confident with Gilmore as their No. 1 cornerback entering the 2018 season.

NEEDS IMPROVEMENT
It does not (repeat: does not) explain his baffling Super Bowl benching, but this was Butler’s most inconsistent season as a starter. He admitted as much during Super Bowl week.

That’s not to say Butler was bad, though. He wasn’t. Despite his occasional lapses in coverage, he still led the team in both pass breakups (12) and defensive snaps played (97.8 percent) while bringing sound tackling to the Patriots’ secondary. He played every defensive snap in the divisional round and AFC title game before playing zero in New England’s 41-33 loss to the Philadelphia Eagles — a coaching decision that still has not been adequately explained.

The Patriots’ cornerback group as a whole was an uneven bunch, with Gilmore, Rowe and Jonathan Jones all playing well for stretches but spending others either out of the lineup due to injury or buried at the bottom of the depth chart.

Rowe, who started over Butler in Super Bowl LII, caught too much heat for his performance in that game. He struggled in the opening minutes but was solid the rest of the way and had several key pass breakups.

TOP OFFSEASON STORYLINES
1. There’s no way the Patriots bring Butler back after the aforementioned Super Bowl fiasco, and he appeared destined to leave this offseason anyway ever since the team paid Gilmore rather than him. So where do they go from here?

Ideally, they’d be able to find another starting-caliber corner to line up opposite Gilmore, leaving Rowe, the Joneses and potentially Lewis — whom they paid like a roster player to keep on the practice squad this season — to battle for the Nos. 3 and 4 spots. We dove deeper into this topic in our free agent profile series.

2. Though Patriots fans might be tired of hearing about it, the decision to sit Butler in the biggest game of the season will remain a story until Bill Belichick offers a better explanation than “We have to make the decisions that we feel are best for the football team.”

There’s a chance we never get that explanation, but we at least should hear an expanded version of Butler’s side of the story once he signs with a new team.

3. Those injuries previously mentioned will be worth monitoring this summer.

Jonathan Jones suffered his season-ending lower-leg injury mid-January, so there’s no guarantee he’ll be ready for Week 1 in early September. Cyrus Jones spent the past six months recovering from the torn ACL that cost him the entire 2017 season, and it’s tough to predict how the 24-year-old will fare once he is healthy enough to return.

Cyrus Jones struggled mightily as a rookie in 2016 — both on defense and in the return game — but had shown significant improvement last summer before going down in New England’s preseason opener.

BY THE NUMBERS
Zero: The number of Patriots players who played more defensive snaps than Butler since the start of the 2015 season. 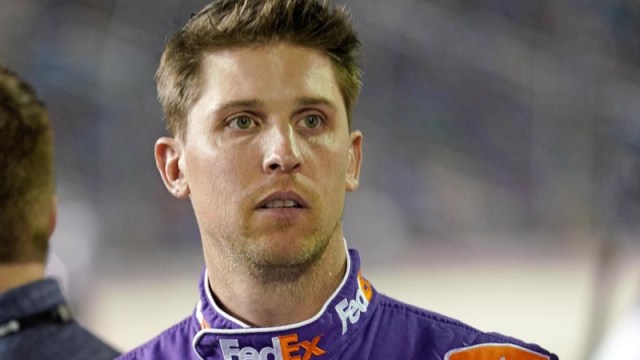 Denny Hamlin Offended ‘Most Everybody’ In NASCAR Garage With Adderall Quip