The Boston Celtics and Philadelphia 76ers are expected to dominate the Eastern Conference over the next handful of seasons, and we’ll get a taste of the future when the teams do battle in their second-round NBA playoff series.

The Celtics had a much more grueling path to the Eastern Conference semifinals than their opponent. It took seven games for Boston to get past the Milwaukee Bucks, while Philadephia made quick work of the Miami Heat in a five-game series win.

Each team boasts a pair of young, budding superstars. Jaylen Brown and Jayson Tatum have impressed all season, while Joel Embiid has become one of the most dominant big men in the league and Ben Simmons likely is the NBA Rookie of the Year. That said, the veteran leadership of Al Horford and J.J. Redick has been critical for their respective team’s success.

So, how do these two Atlantic Division clubs match up? Let’s break it down.

CELTICS’ KEYS TO VICTORY
1. Physicality. It’s no secret the 76ers present a pair of matchup nightmares. Embiid, a versatile freak of nature, while Simmons has rare playmaking ability even with a nearly 7-foot frame. Not to mention, Redick is a lethal outside shooter. While it’s seemingly impossible to totally shut down all of Philadelphia’s offensive threats, Boston has strong enough personnel to limit the damage.

With Marcus Smart back in the fold, he’ll likely be called upon to make Redick’s day miserable. Horford has proven more than capable of guarding Embiid, who was limited to 15 points or less in two of the three games he played in the regular-season series. As for Simmons, Semi Ojeleye could be called upon after proving highly effective against Giannis Antetokounmpo in Round 1. If Boston can develop an edge against a finesse, inexperienced Philly team, it could gain the upper hand.

2. Bench Boost. Although the 76ers rely on their stars, their depth actually is a strong suit. Mid-season pickups Ersan Ilyasova and Marco Belinelli both played big roles in the Heat series and will look to do the same in Round 2. The Celtics’ reserves must rise up and answer the challenge. Most notably Marcus Morris, who had a less-than-stellar series against the Bucks.

76ERS’ KEYS TO VICTORY
1. Pace. Simmons is an absolute dynamo with the ball in his hand and open space around him. While Philadelphia has great size, all of their starters are capable of stepping out and knocking down both mid-range and 3-point shots, aside from Simmons. As manifested in the series against Milwaukee, the Celtics struggled when the Bucks were able to get out in transition and open up the floor. If the 76ers maintain their highly active offense and avoid becoming stagnant, Boston will have a difficult time staying the course.

2. Ball security. As impressive as the 76ers’ offense is, the unit often shoots itself in the foot. Philadelphia ranked dead last in the NBA during the regular season averaging 16.5 turnovers per game, and it averaged 16 giveaways per contest in the first round. Boston thrives off making opponents pay for their mistakes, so being careful with the basketball is critical.

PREDICTION
Celtics in 7. There’s no denying the 76ers have all the momentum entering the series: they’re much fresher and really have begun to hit their stride dating back to the second half of the regular season. But all it takes is one punch in the mouth to totally throw a team off. Boston’s resiliency has been on full display throughout the season, and the case could be made the C’s are more mentally tough than the young and inexperienced Sixers. And with home court in their back pocket, the Celtics should have what it takes to advance to the Eastern Conference finals. 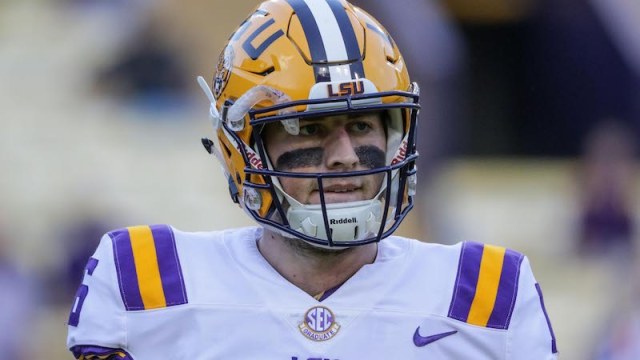 What To Make Of Patriots’ Strange 2018 NFL Draft, Lack Of Interest In QBs 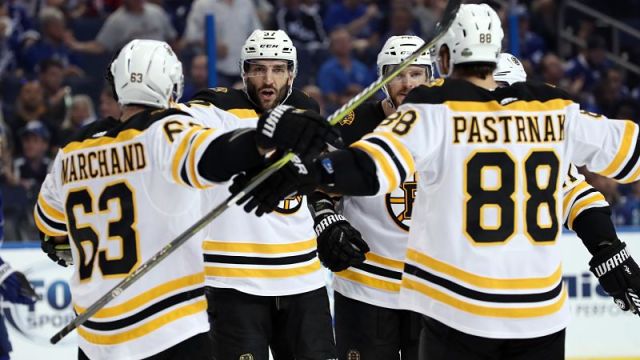