FOXBORO, Mass. — New England Patriots fans looking for a defensive upgrade with two picks in the first round of the 2018 NFL Draft will be disappointed.

The Patriots wound up drafting two offensive players out of the University of Georgia. The Patriots grabbed running back Sony Michel at No. 31 after taking his left tackle, Isaiah Wynn, 23rd overall.

Michel will compete with Rex Burkhead, Jeremy Hill, Mike Gillislee, James White and Brandon Bolden for touches in the Patriots’ backfield. After being selected in the first round, it definitely wouldn’t be surprising to see Michel as the lead back in 2018.

Michel was a bit of a surprise pick, because he fumbled 12 times during his college career with just two in his senior season, but it’s exciting. Michel averaged 7.9 yards per carry in 2017 while sharing snaps with Nick Chubb. He finished his college career with 590 carries for 3,613 yards with 33 touchdowns and 64 receptions for 621 yards with six touchdowns. He also returned four kicks for 71 yards.

At 5-foot-11, 214 pounds, Michel ran a 4.54-second 40-yard dash with a 1.52-second 10-yard split and 4.21-second short shuttle. He ranked fifth in Pro Football Focus’ elusive rating with 39 missed tackles and 3.83 yards after contact in 2017. He was among the best pass protectors in college football last season, allowing just two hurries on 48 pass-block snaps.

So, when Michel is on the field, some unpredictability will ensue. The Patriots will have the ability to run or pass the ball when he’s out there.

And the pick now leaves Hill and Gillislee fighting for what might be one spot on the roster. The Patriots kept five running backs on their roster last season in Burkhead, Gillislee, White, Bolden and Dion Lewis. The Patriots have six running backs on their roster and they might elect to keep just four on the 53-man roster. A scenario exists where both Hill and Gillislee are out after training camp.

Competition typically breeds success. We’ll see if that’s how this summer shakes out for the Patriots.

The Patriots seemed to have greater needs at quarterback, linebacker and defensive end. One could even say defensive back and tight end had bigger voids than running back. But the Patriots are masters of surprise, and it’s safe to say no one had Wynn and Michel as the Patriots’ top picks in any mock drafts.

The Patriots also surprised by keeping both first-round picks. History suggested the Patriots would trade out of at least one of those selections.

Every time the Patriots are expected to zig, they zag. They zagged and zagged again Thursday by taking a 6-foot-3 tackle and his top running back. 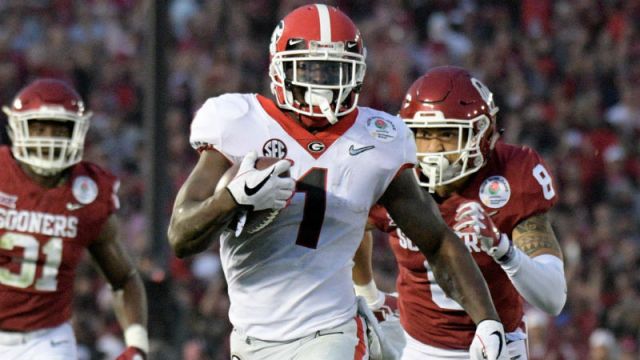 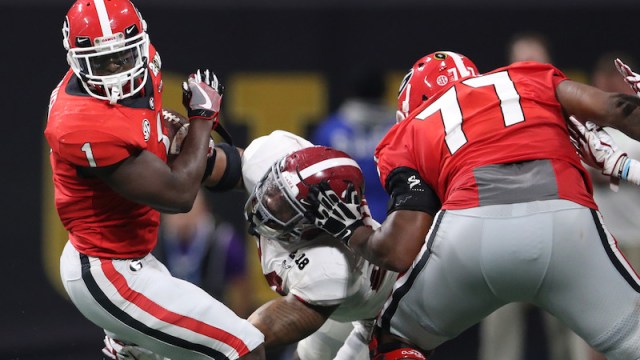