Cora has been sensational in his first season as manager of the Boston Red Sox. After leading the ballclub to the most regular-season wins in franchise history, Cora pushed all the right buttons to help the Red Sox reach their first American League Championship Series since 2013.

Arguably no one was affected by Cora’s mixing and matching in the American League Division Series more than Brock Holt. The young skipper inserted the ultra-utility man into Boston’s Game 3 lineup, which resulted in Holt hitting for the first cycle in Major League Baseball playoff history. But when asked about how much credit Cora deserves for Boston’s four-game series win over the New York Yankees, Holt couldn’t help but rib his manager.

?None. He didn’t even play. No, I’m kidding,? Holt told the Boston Herald’s Michael Silverman. ?He deserves all the credit man. From Day 1 in spring training, he’s been our guy. He’s led us to this point. From the beginning, he told us how good we can be, and we obviously knew that, but we believed him. From Day 1 in spring training, he’s communicated with us, he’s believed in us, he’s let us go out and play the game and be ourselves.?

Cora’s coaching genius will put to the test in the ALCS against the Houston Astros, whom he won a World Series with last season as the team’s bench coach. But given how impressively he’s called the shots thus far, there’s no reason to doubt Cora as the Red Sox try to punch their ticket to the Fall Classic. 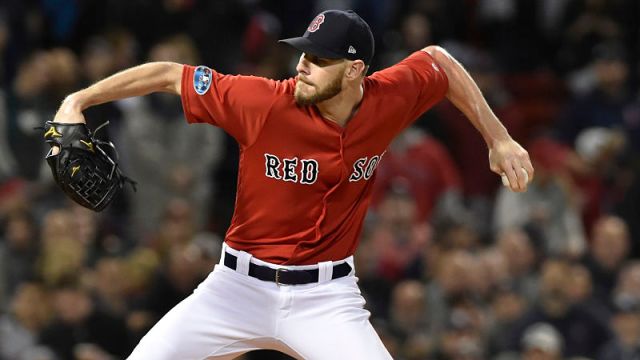 How Patriots’ Defense Is Preparing For Chiefs’ Unpredictable Offense