How Patriots' Defense Is Preparing For Chiefs' Unpredictable Offense - NESN.com Skip to content

On first-and-10 from the Chiefs’ 27-yard line, quarterback Patrick Mahomes lined up in the shotgun with Kareem Hunt to his right and tight end Travis Kelce to his left. Hunt went in motion behind Mahomes just before the snap, then flared out left for a swing pass as all five offensive linemen blocked toward that side.

But rather than throw to the running back, Mahomes pump-faked and flipped the ball on an end-around to wide receiver Tyreek Hill, who’d lined up in the left slot. Kelce delivered a cut block on strong safety Barry Church, giving Hill, who is widely considered the fastest player in the NFL, a wide-open lane down the right side.

A holding penalty downfield on wideout Sammy Watkins negated what would have been a 40-yard run by Hill, but that one play exemplified what Kansas City’s offense is all about — and what makes it so difficult to defend.

“Just a very explosive group,” said New England Patriots coach Bill Belichick, whose team will host the 5-0 Chiefs this Sunday night at Gillette Stadium. “It’s easy to see why they’re undefeated. This will be a big challenge for us this week.”

With a dynamic young star in Mahomes under center and the likes of Hill, Kelce, Hunt and Watkins at his disposal, Kansas City has boasted the NFL’s most productive offense through the first five weeks of the season, averaging a league-best 35.0 points per game. Mahomes leads all NFL QBs with 14 touchdown passes and ranks third in passes of 20-plus yards with 25, 16 of which have gone to either Hill (nine) or Kelce (seven).

What makes the Chiefs so explosive? Having all that talent certainly helps. As does head coach Andy Reid’s creative scheme, which features frequent pre-snap motion, a dizzying number of different formations and a healthy dose of run-pass options.

The latter is a new development for K.C. this season, and the Chiefs’ RPOs have been a popular topic of conversation since Belichick mentioned them in WEEI interview earlier this week, just as they were in the lead-up to Super Bowl LII against the Philadelphia Eagles.

“It’s definitely big in their offense,” defensive end Trey Flowers said. “And knowing how much we’ve (faced RPOs) over the past games and how successful it was against us, we understand that they’re probably going to come in attacking us with that, as well.”

Added linebacker Dont’a Hightower: “It’s real important for everybody to be where they need to be. Let alone for the RPO, but all these guys are dynamic in what they do from Mahomes to Kareem Hunt to Hill to Kelce to everybody. They take advantage of one guy being misaligned or doing the wrong thing.”

Flowers and Hightower both called Sunday’s matchup a “do your job”-type game. Discipline and communication are paramount against an offense as talented and multifaceted as the Chiefs, from the pass rushers tasked with corraling the elusive Mahomes to the linebackers deciphering the RPOs to the defensive backs tracking Hill, Kelce and Watkins as they shift and dash around the field.

“All those guys on that team have big-play ability,” Hightower said, “so everybody’s got to be in their spot.”

Facing the Chiefs will be the toughest test yet for a Patriots defense that’s shown great improvement over the past two weeks. New England was near-perfect defensively in a blowout win over the Miami Dolphins, then forced three turnovers last Thursday against the Indianapolis Colts, offsetting a sub-optimal second-half performance.

Asked whether he views this as a measuring-stick game for the Pats’ D, Hightower replied: “Absolutely.”

Expecting the Patriots to completely shut down Mahomes and Co. — who just beat the defensively dominant Jaguars 30-14 despite their worst offensive effort of the season — would be unrealistic. They’re going to score points.

But slowing them down enough for Tom Brady and New England’s resurgent offense to score more? That’s doable with the right approach.

“You know there’s going to be something out there in the game that you haven’t seen before,” safety Duron Harmon said. “So you’ve just got to go back to your basic rules, play with good fundamentals and techniques, and let everything take care of itself.” 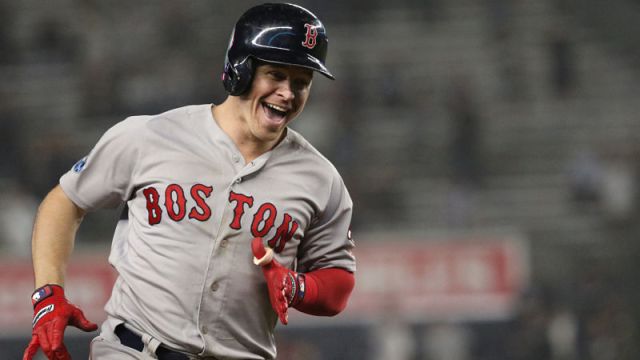 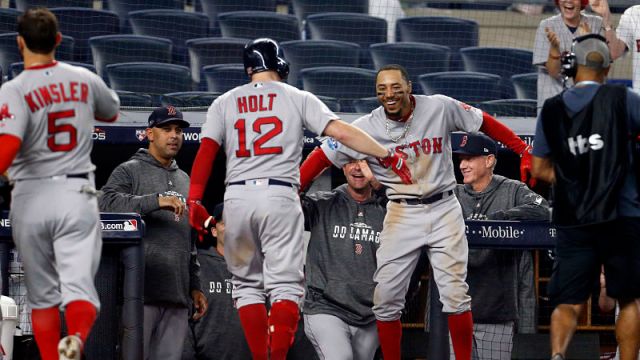